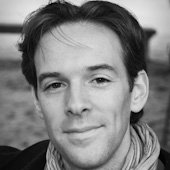 In the Winter of 2006, I travelled with my girlfriend to Taiwan. We were planning to circle the island counter-clockwise. Starting from Taipei we headed south-east and visited Alishan and Sun Moon lake before we arrived in Tainan City. While visiting one of the many temples, my girlfriend called me over to the bench she was sitting on. “Come and sit-down”, she cried out, “you can feel the subway passing underneath!”. I thought that strange, as the city had no subway system as far as I knew. A few seconds later we heard the rattling sound of window shutters rolling towards us. The ground, the trees and temple buildings started to shake. In a rush we ran to an open square. Some kids gathered around us, maybe to seek some support although we had none to give. We were in shock. Behind us, near the temple grounds, a group of elderly people continued their t’ai chi rituals as if nothing had happened. Everything felt surreal.

Back at the hotel we carefully studied the emergency exits and checked if they were open. Before I fell asleep, I made sure that my glasses, without whom I am as blind as a bat, were very close at hand. Despite my anxiety I fell asleep straight away. The following day we learned that the epicentre had been quite close to city and a number of people had died. In addition, the southbound roads and railways were blocked by landslides, so we had to abandon our initial plan to circumvent the island.

This was the first major earthquake experience in my life, although I had already been living in earthquake-prone Japan for more than 3 years. It took place before I had any experience with, or even heard of, disaster risk reduction (DRR). In 2012, I started working for an international organisation on pandemic preparedness and response. During my work I was introduced to this systematic approach to identify, assess and reduce the risks of disasters. It made me think back of the earthquake in Taiwan and other events in the past: e.g. the Hanshin-earthquake of 1996 in Japan, of which the cracks in the walls of the school I was working at were still visible in 2005; the tsunami of 2004 in the Indian ocean, which had changed one of the tourist resorts that I had visited in 2001 beyond recognition; and one of the largest “natural” disasters in my home-country the Netherlands: the 1953 North Sea flood (“Watersnoodramp”). All sorts of questions came up in my mind. What should you do in case of disaster? Where should you go, is there a safe haven? Who can you turn to in case you need help? They were relevant and practical questions, but since my work on pandemics, I became more interested in measures to minimise the effects of a disaster.

What starts out as a single event, can result in many disasters on different levels. E.g. a tsunami, on a personal level this can mean that some of your family and friends are drowned in sea, your home might be destroyed by waves and your entire community wiped away. On a business level, economic damage is caused by the loss of employees, the damage or of buildings and transport vehicles, and regular suppliers might not be able to provide the required goods. On a national level, disruption of communication channels and damaged infrastructure present tremendous problems. In addition, clarity and leadership are required even though the kind and the extend of damage is often still unclear. In the chaos of the immediate aftermath, international organisations and other countries offer assistance for rescue-operations, first-aid, food and shelter. Despite these challenges, a lot of progress has been made in the coordination and implementation of these efforts. However, it is quite a different challenge to develop measures to mitigate the effects of a disaster. How can we enable people to become aware of the dangers, to protect themselves and enable them to rebuild their lives after a disaster? How can we make our businesses, infrastructure, in fact our economy, our country, our society as a whole more resilient?

Major companies have developed business continuity plans, which include policies and procedures to ensure the safety of employees, technology recovery plans, and provisions to support suppliers. Many countries have developed national preparedness plans, which include communication plans to increase awareness among citizens and companies, as well as measures to protect and recover critical services, such as electricity, communications, drinking water, food, health and financial services. The issues are increasingly complex and they require extensive coordination between the public and private sectors. One example of how complex such a partnership can be, is FloodControl IJdijk in the Netherlands. This organisation is in charge of dike monitoring and entails a partnership of over 60 companies, organisations, and knowledge institutes.

On the international level the situation is even more complex. Many disasters take place in an international context, either because disasters and their consequences do not heed national borders, or because they are too large for one country to tackle. Therefore there is a need for consensus on what should be done, what can be done, and how countries, international, national, and local organisations and the private sector cooperate. A lot of work has already been done. In 2005, the Hyogo Framework for Action was adopted, which included a number of priorities for action in order to reach: “The substantial reduction of disaster losses, in lives and in the social, economic and environmental assets of communities and countries.”. Progress has been made on some of these priorities: disaster risk reduction has increasingly become a national and local priority, and capacity building to respond has been strengthened. On the other hand, based on a self evaluation which was published in 2013: “There is still the need to translate policies and institutional strengthening into actual implementation and more resilient societies”.

The Hyogo Framework is about the expire and a follow-up conference will be held in March 2015 in Sendai, Japan to decide on the post-2015 framework: the UN World Conference on Disaster Risk Reduction. All parties involved will discuss these issues and the next steps, based on past experiences, new insights, and taking into account international developments. Among the challenges that will be discussed are the effects of climate change, conflicts, population growth and urbanisation, as well as the globalised economies, and economic and financial crises. Although the jargon, concepts, and terminology used at international conferences can make the outcomes seem rather abstract, the decisions taken here have a very simple goal: to improve the safety of our lives.

Peter Lutz works as a project manager, writer, and editor. His focus is on public health, disasters, and the relations between Asia and Europe. He has a background in Japanese studies and international relations. His Twitter handle is @Peter_ASIAEU.