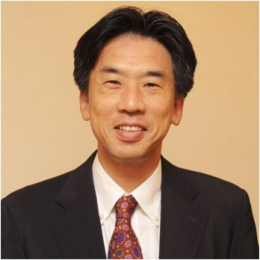 Recent data indicates that persons with disabilities are twice more likely to die than the general population when a disaster occurs. However, many Governments do not incorporate a disability perspective into legal frameworks, policies, and action plans for disaster risk reduction. Physical infrastructures and disaster response services do not incorporate universal design principles, public service announcements are often issued in formats and language that are not accessible by persons with disabilities, and emergency exits, shelters, and facilities tend not to be barrier-free. Disability-inclusive disaster risk reduction could save lives, while also preventing and minimizing risk and damage when disasters occur.

In terms of Disaster Risk Reduction (DRR), disability is a cross-cutting issue that amplifies risk across all groups including those already at high-risk, such as women and children. Persons with disabilities face a disproportionate impact from disasters and such occurences contribute to increases in incidences of disability among communities and populations.

Disability did not receive adequate attention, or representation, under the Hyogo Framework for Action (HFA) 2005-2015. This, in turn, has contributed to limited attention to disability in DRR practice and policy under the HFA.

In the UN Convention on the Rights of Persons with Disabilities, Article 11 requests States Parties to take all necessary measures to ensure the protection and safety of persons with disabilities in situations of risk, including situations of armed conflict, humanitarian emergencies and the occurrence of natural disasters.

Thus, it is essential to incorporate a disability perspective into the post-HFA, as well as into legal frameworks, policies, and action plans for disaster risk reduction in each country.

Yasunobu Ishii is director of The Nippon Foundation, which has various humanitarian programs in fields such as social welfare, education, and disaster relief in over one hundred countries. As well as directing the foundation’s disability programs around the world, he is also in charge of the UN Sasakawa Award for Disaster Risk Reduction, which has been conducted by the United Nations Office for Disaster Risk Reduction (UNISDR) since 1986. After the Great East Japan Earthquake disaster in 2011, he initiated a Relief Support Project for Deaf Victims to implement services for the improvement of the psychological health of the deaf and hearing impaired, who have been struggling to rebuild their lives in the affected areas. He also launched the Video Remote Interpreting Project for the Deaf and Hard of Hearing Persons affected by the Great East Japan Earthquake.