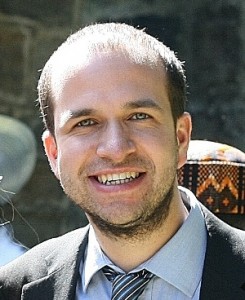 The term ‘multi-hazard’ is widely used, featuring in both the Hyogo Framework for Action and the zero draft of the post-2015 framework for Disaster Risk Reduction. Multi-hazard approaches are essential; failing to understand the whole natural system (rather than a small portion of it) can distort management priorities, increase vulnerability to other spatially relevant hazards or underestimate risk. While multi-hazard approaches are widely encouraged, it is not common for the term ‘multi-hazard’ to be defined. This has resulted in it being used in different ways, leading to some confusion in the natural hazards and disaster risk communities.

Some groups use the term ‘multi-hazard’ to describe the independent analysis of multiple different hazards (e.g., landslides, earthquakes, volcanic eruptions, flooding) relevant to a given area. Others use the term when referring to the superimposition of various GIS layers to identify areas of spatial overlap. These approaches can be thought of as the collation of multiple single-hazard analyses, where we seek to understand the discrete risks due to multiple natural hazards.

A further group, including myself, argues that a true multi-hazard approach should recognise that hazard processes are not independent. Multi-hazard approaches should include both an examination of multiple different hazards but also recognise the significant interactions between these hazards. As research shows, triggering and increased probability relationships are widespread between natural hazards, with hazard cascades an important consideration for those interested in multi-hazards. For example, an earthquake may trigger hundreds of landslides, some of which may block rivers and result in flooding, causing erosion at the foot of slopes and triggering further landslides. Furthermore, impacts deriving from the concurrence of two (or more) hazard events may be greater than the sum of components. For example, the spatial and temporal overlap of a volcanic eruption and tropical storm event may result in much more severe flooding than would have occurred otherwise, due to the blocking of drainage systems by volcanic ash.

More information about hazard interactions and their integration into multi-hazard assessments can be found in this recent review paper (open-access).

Joel Gill is a NERC/ESRC funded PhD researcher in the Department of Geography at King’s College London, and the Founder/Director of Geology for Global Development. His Twitter handle is @JoelCGill