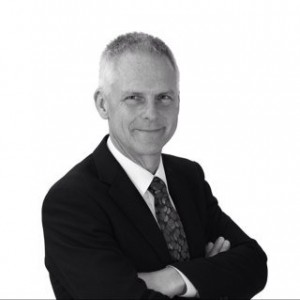 The huge rise in people living in cities and urban landscapes is increasing the world’s susceptibility to natural disasters, according to the Institution of Mechanical Engineers’ report Natural disasters: saving lives today, building resilience for tomorrow.

Every year disasters resulting from earthquakes, volcanoes, storms, floods, heatwaves, droughts and other extreme natural events leave a trail of deaths, destroyed homes, shattered communities and far-reaching damage to national economies. Often the consequences extend far beyond the directly impacted country or region, extending to international markets and supply chains and increasing the range of people affected right across the globe. Currently, on average, about 78,000 people are killed annually in such disasters, with a further 200 million (or about 3% of the human population) directly affected and economic losses running to about US$100 billion.

Although the number of people killed by natural disasters has actually been falling in recent decades, the number affected has been increasing. This is partly due to a mass migration of human population into vulnerable urban landscapes, such as coastal cities, man-made changes to the environment, for example the removal of natural barriers to protect against floods, and as a result of an increase in extreme weather events and detrimental climatic conditions.

The rapid growth of economic activity, human population numbers and urbanisation in Asian-Pacific countries means this region is particularly susceptible to the effects of extreme natural events. In the three decades 1980–2009, about 38% of disaster-related global economic losses occurred here and the region is 25 times more likely to experience a natural disaster than Europe. With much of the world’s current and, potentially, future manufacturing and finance located in this region, the implications for stable markets and trade on a global scale are clear.

In the face of such emerging trends, it is clear that if the global community is to avoid moving into a future characterised by frequent and wide-ranging disasters, it needs to provide a robust and effective response to extreme natural events worldwide. This becomes ever more important in a world in which increased globalisation means that, through disruptions to trade and commerce, events in one location can have significant effects on the other side of the planet.

The current human response to extreme natural events that have the potential to create disaster can broadly be divided into three aspects, two of which are essentially phases of response in reaction to an event that has occurred, and the third being of a pre-emptive nature in anticipation of an event occurring. The challenge for the future is that worldwide, society currently places a greater focus on the two reactive phases of response rather than the third, pre-emptive aspect. This is understandable, given that it is much easier in the context of our existing political culture to justify immediate action when it is critical to saving lives and communities, rather than when it offers no immediate obvious benefits to people’s lives.

But while it cannot be denied that rescuing people trapped in rubble is urgent and rightly deserves to be focused on, if investment were made into adequate preparedness and resilience too, fewer people might end up trapped in rubble in the first place. In the long term such action also leads to reduced overall economic impact, in that every $1 spent on building preparedness and resilience can save as much as $4 in relief, recovery and reconstruction later.

The reality is that an extreme natural event, such as an earthquake or storm, need not become a disaster at all if there is adequate resilience and preparedness in place.

When extreme natural events with disaster potential do occur, it is crucial that engineers are embedded into early response activities, not only to assess damage and the safety of remaining buildings and structures, but also to ensure a long-term view is taken right at the start of decision-making. Satisfying immediate short-term needs such as providing water, food and hygiene, and planning the location of temporary shelter, often set in place foundations that can define and even constrain engineering of the best reconstruction options in the future. Such short-term choices will therefore benefit immensely in the long run from engineering knowledge at the point of decision.

When the focus turns to reconstruction and redevelopment, the role of engineers continues to remain critical. At this time the immediate humanitarian crisis might be under control, but the vulnerability of communities is very much at the forefront of people’s minds. This momentary period of attention should be harnessed to encourage resilience-thinking to be integrated into infrastructure and buildings, and preparedness developed using lessons learnt from the disaster. The reconstruction period also represents an opportunity to incorporate know-how from around the world, as substantial foreign knowledge, skills and support are often readily available to an area impacted by an extreme natural event that has become a disaster. It is important though to stress that in the case of post-disaster adoption of new engineering techniques, codes of practice and building standards, local capacity must also be built for proper implementation, enforcement and maintenance. This requires not just the transfer of technical engineering capability to local populations, but also the political will by those in government for adoption and implementation in the long term. Currently the UN is failing to deliver these changes through the Hyogo Framework.

The tragedy is that currently in rich and poor countries alike reconstruction can be slow – in rich countries largely as a result of political and bureaucratic considerations, and in poorer countries largely as a result of a lack of finance and local capacity to rebuild. It is imperative that these bureaucratic, financial and capacity hurdles are overcome, as it is often at this point when the opportunity to embed resilience and preparedness into a community is at its best. In the richer group, the long-term view and pragmatic approach of engineers can act as a counter balance to the short-termism and risk aversion of current politics and bureaucracy. In poorer nations, through utilising local labour and establishing partnerships, building of local capacity by engineers in the transfer of knowledge on resilience, skills and practice know-how can help prepare those vulnerable to disaster to cope better with future events.

It is crucial for the future of people’s lives, their properties and communities, as well as local, national and global economic activity, that the third, pre-emptive aspect, resilience building, is incorporated more vigorously in the human response to extreme natural events. The Institution of Mechanical Engineers therefore makes the following key recommendations:

1. To focus more international development funding on building future resilience. Currently only 4% of all international humanitarian aid is channelled to helping build resilience in disaster hotspots, well below the UN’s recommended 10%. As it is estimated that every $1 spent on making communities more resilient can save as much as $4 in disaster relief in the future, by spending now, donor nations such as that of the UK could maximise their development aid. Doing so would provide better living for residents, ensure more effective use of UK taxpayers’ money and help ensure a more secure future for all.

2. Build local capacity through knowledge transfer. Governments, the private sector and all those with a stake in global supply chains need to prioritise the transfer of knowledge, information and skills for the building of local resilience capacity. Technical knowledge for embedding resilience thinking, improved building standards and codes, engineering practice know-how and appropriate relevant training builds local expertise and indigenous capability. To facilitate international knowledge transfer partnerships, the Hyogo Framework priority for action to reduce the underlying risk factors must be reinvigorated by the UN, and DFID and its international counterparts should create long-term engineering placements (three or more years) that enable effective transfer of relevant skills and know-how. By helping to ensure nations are able to cope more effectively with extreme natural events, the prospects for the future stability and continuity of worldwide supply chains are improved.

3. Embed the long-term engineering view in the short-term response. NGOs, national governments, the UN and others involved in co-ordinating the short-term response to natural disasters should seek the early involvement of engineers in their activities. Decisions made in the immediate recovery stage of a response set the engineering foundations and constraints for eventual reconstruction and redevelopment. The quicker engineers can begin infrastructure assessment and longer-term reconstruction planning, the better short-term decision-making will be and the more likely a successful overall outcome that increases a community’s resilience.