Preparing Professions and Business for Disaster Response
By Owen Podger 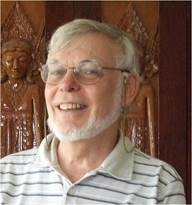 Mid-January 2005, about three weeks after the Indian Ocean tsunami, I went to Banda Aceh to make an initial assessment of would be needed to help the government get back on its feet. Despite having recently been involved in several assessments of government performance (including an ADB Country Governance Assessment of Indonesia, and a World Bank assessment of looming problems in implementing decentralisation), I was totally unprepared for the task. The tsunami had knocked out any semblance of good business in government and professionalism in myself.

Looking at the damage to the landscape and to families and hearts, my mind saw two marvellous and related things. The first was the hand of God, and despite the horror of the damage, I could not help but be in awe of the power of nature. The second was how quickly my mind and the minds of so many others were forever changed. The tsunami was an incredible lever of change. Over Aceh coffee each morning, our creative minds were turned to what we could do to mitigate the impact of other disasters, and to use the disasters as levers of change.

And yet, over the following years as I helped in various ways, I was continually perplexed by my inability to find ways of advising people who had been selected to work on relief and recovery based on their competence under normal conditions on how to get out of the mess they were creating when working in crisis.

I have belatedly read the “zero draft” of the Post-2015 framework for disaster risk reduction prepared for the coming World Conference on Disaster Risk Reduction to be help in Japan in March 2015. After reading it I also read responses from Member States and Major Groups posted on the web. These are impressive documents, the work of very many concerned and expert people.

I wish to add my bit on the fourth priority preparedness, focussing on preparedness of business and professions.

I believe that greater international attention would be appropriate to help national and subnational leaders to be ready to lead when disaster strikes. The leadership qualities that help leaders get elected (or assume power) are not the same as the qualities needed to command disaster relief and recovery, and even good leaders can falter or freeze when disaster strikes.

Role of non-government institutions is critical

According to the zero draft, non-government institutions (business, professional associations, private sector financial institutions, and philanthropic foundations) should be “encouraged” to be active in DRR in a number of ways.

One critical and positive appraisal of the zero draft was from the Urban Planning Advisory Group (UPAG). It calls for the final draft to include the great need and urgency of developing an urban planning infrastructure (legal, technical, financial, human resources) that is indeed responsive to the DRR goals. This commendable recommendation could have been made even stronger, by mentioning that current urban planning infrastructure and practice can seriously inhibit the process of recovery from disaster, by delaying reconstruction while plans are prepared debated and legalised, or by failing to give legal options to those most in need.

Lack of professions amongst the major groups

The UPAG provided the only input from a professional group that I could find. Most professions need to make some change in practices and infrastructure to address DDR, both to reduce the risk of disaster events and to be prepared for their role when disaster strikes.

The professions of logistics, project management, quantity surveying and information science have made significant progress in addressing changes in approach needed for disaster recovery. Even so, I have found no significant work yet on how best to manage procurement after a disaster.

While the medical profession plays a key role in disaster relief, there is little available for general practitioners to prepare them for how they can serve their communities during crises.

Despite significant changes in the concept of accountability for disaster recovery, there is very little available on appropriate architecture for planning, budgeting and reporting. Accountants and political representatives, who play crucial roles in planning and accountability under normal conditions, are sidelined after a disaster, a time when the need for fiduciary care and accountability to the public should be at a peak.

I suggest that the draft should include more about the need for all professions involved in recovery to seek appropriate infrastructure, modes of operation in response to disaster, and prepare members of their profession for them.

Perhaps there is a need to belatedly include more professions in the Major Groups.

The business and industry group has a polite response, wrapping its well-considered and substantial input in kind words. In doing so, it has not claimed ground for the role of business and industry as UPAG did for urban planners. For example, rather than call for a change in the draft, they state they are “confident that the role of businesses as partners in response, recovery, and reconstruction, and as innovators and providers of products, services and solutions, while not expressly stated, are well understood.”

Truly community-oriented disaster preparedness includes disaster preparedness of workplace communities and customer communities, and the appropriate role of business people, and thus business associations as patrons of such communities. The business community is a pillar of recovering society. After a disaster the core business of any business is recovery. Disasters may be tragic events but they open the door for testing and strengthening business systems, innovations and business leadership. There is no more fertile training ground than a disaster where genuine leadership is called for and the overwhelming demands of the moment test and expand the limits of those placed in leadership positions to aid the response.

There is no specific mention of the work of the World Economic Forum’s Disaster Resources Partnership (DRP) that is making dramatic changes in the capability of the engineering and construction industry to respond quickly and effectively. A similar venture in banking, a disaster bank partnership, would go a long way to prepare for better money management and speeding up economic recovery after a disaster.

Owen Podger is Professional Associate of the Institute for Governance and Policy Analysis of the University of Canberra, a student of governance in response to disasters, and previously was adviser to the deputy for planning, Aceh and Nias Rehabilitation and Reconstruction Agency (BRR), Indonesia.