The road to Sendai: Exploring disaster risk and development at the Tokyo Conference on DRR
By Karlee Johnson 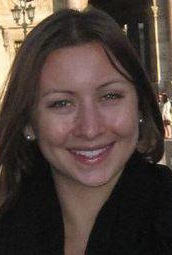 The conference came at a critical time as the relationship between disaster risk and development is being critically explored and more attention is being paid to the new and emerging risks linked to unsustainable development practices.

For DRR efforts, 2015 is a crucial year as the ten-year Hyogo Framework for Action (HFA) comes to an end and efforts to frame the post-2015 DRR agenda (commonly referred to as the ‘HFA2’) will culminate at the 3rd World Conference on Disaster Risk Reduction, to be held in Sendai, Japan in March.

Furthermore, the Sustainable Development Goals (SDGs) and a new comprehensive UN Framework Convention on Climate Change (UNFCCC) agreement are expected to be agreed upon in 2015, providing impetus for collaboration between the DRR, development and adaptation communities.

Discussions at the Tokyo conference centered around the call for more integrated approaches in the post-2015 agenda, recognizing some of the main challenges DRR has faced over the past decade such as the lack of cross-sector coordination and a disconnect between science and policy.

Coinciding with increasing disaster impacts in many regions of the world, there is an urgent need for transformative change that calls for a re-thinking of current DRR practices and a closer reexamination of underlying drivers of risk which are often linked to development issues.

David Johnston, the Chair of IRDR’s Science Committee, expressed the need for science that is “useful, usable, and used”, referring to the existing gaps between policy and research and the lack of effective tools to implement an integrated approach to DRR. Srikantha Herath of the United Nations University (UNU) also highlighted some of the major challenges facing current DRR efforts which included the uncertainties related to new and evolving risks and the customization of global DRR knowledge.

Concrete outputs of the conference were a revised version of the Tokyo Statement and a draft Tokyo action agenda. These will be presented at the 3rd WCDRR in Sendai and are expected to be significant inputs.

The statement and at the conference raised important points that include: the need for increased research collaboration beyond the academic world, the lack of enhanced forecasting for new and emerging risks, and the importance of strengthening national DRR platforms through inter- and trans-disciplinary approaches which must be closely aligned with development objectives.

One of the potential areas SEI is looking to contribute to was one of the recurring topics at the conference: the need for improved coordination between policymakers, scientists, and practitioners on integrated DRR research. As an institute that aims to bridge science and policy, SEI has the capacity to help guide scientific insights to influence debates at multiple levels.

SEI is presently working on a new initiative towards Transforming Development and DRR. This is aimed to provide innovative research, help to inform the knowledge base on DRR, adaption and development, as well as link different conceptual and disciplinary languages, tools and methods.

As the world prepares for the 3rd WCDRR conference in March in Sendai, Japan, the Tokyo Conference provided an opportunity to critically reflect on DRR efforts over the past ten years. It served as a platform to map out an effective DRR strategy that will better tackle the underlying causes of risk and vulnerability to environmental hazards in the post-2015 era. SEI will closely follow the developments of the HFA2 in Sendai, as well as critically assess and monitor its implementation and ongoing progress over the next years.