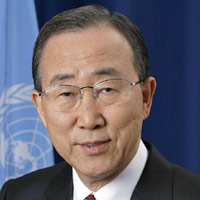 “The Hyogo Framework for Action has laid solid foundations for building resilience to disasters. Many thousands of people are alive today thanks to better early warning systems, improved weather forecasting, better education on risk and a greater understanding of the dangers posed by natural hazards.

However, it is also clear that while we are doing a better job of managing disasters, we are less good at managing disaster risk. Society creates the disaster, not the hazard itself. Disaster risk is rising along with a failure to address the drivers of risk such as poverty, climate change, inequality, unsustainable land use and weak building codes. I hope these issues will be addressed in the updated Hyogo Framework for Action which will be adopted at the Third UN World Conference on Disaster Risk Reduction in Sendai, Japan.

The year 2015 can be a turning point in human development if we agree on a path to resilience through strong agreements on disaster risk reduction, development financing, climate change and a new set of sustainable development goals.”

Quotes by Margareta Wahlström, Special Representative of the Secretary-General for Disaster Risk Reduction and head of UNISDR 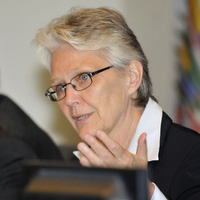 “The road to Sendai began ten years ago. As the world struggled to comprehend the loss of 227,000 people in the Indian Ocean tsunami, the Hyogo Framework for Action was adopted in Kobe in January 2005. Its aim was simple – save lives by reducing the risk from disasters.

Has the world lived up to the HFA’s ambitious goals? The evidence looks far from favorable. The past decade has been marked by some of the worst disasters on record. Port-au-Prince collapsed in an earthquake. Hurricane Katrina devastated New Orleans. Drought killed untold numbers in the Horn of Africa. Floods and earthquakes affected millions in Pakistan and China. Heatwaves and wildfires have ravaged countries around the world.

That is a stark reminder of the need for agreements like the HFA. The drivers of disaster risk abound, from improper land use to non-existent or poorly implemented building codes, from environmental degradation to poverty, as well as climate change, and weak governance by inappropriate and insufficient institutions.

But in the decade since the HFA was adopted, we have also see crisis management turn into proactive risk reduction. To date,  121 countries have enacted legislation. They have shown that resilience is the key. Disasters still exact a huge personal and economic toll, but worldwide, fewer people die in floods and storms as a result of more accurate forecasting, earlier warnings and better preparedness.

The private sector is increasingly involved in disaster risk reduction. Resilience is both good for society, and good for the economy. After ten years of the HFA, there is no reason why a Finance Minister or a CEO would choose to pay for disaster but not to invest in prevention. Every dollar invested in disaster risk reduction, by eliminating the recurring causes of losses, can mean savings of seven dollars.

It is time for the world to embed disaster-resilience into the economic system, and into the development of towns and cities,  taking into account factors such as seismic threats, flood plains, coastal erosion and environmental degradation. If we get it right in Sendai, resilience can become the hallmark of 2015, setting the tone for agreements later on sustainable development and climate change – which have important implications for disaster risk.”

Key speakers and experts in Sendai

Margareta Wahlström, Special Representative of the Secretary-General for Disaster Risk Reduction and head of UNISDR

THE HUMAN AND ECONOMIC COST OF DISASTERS 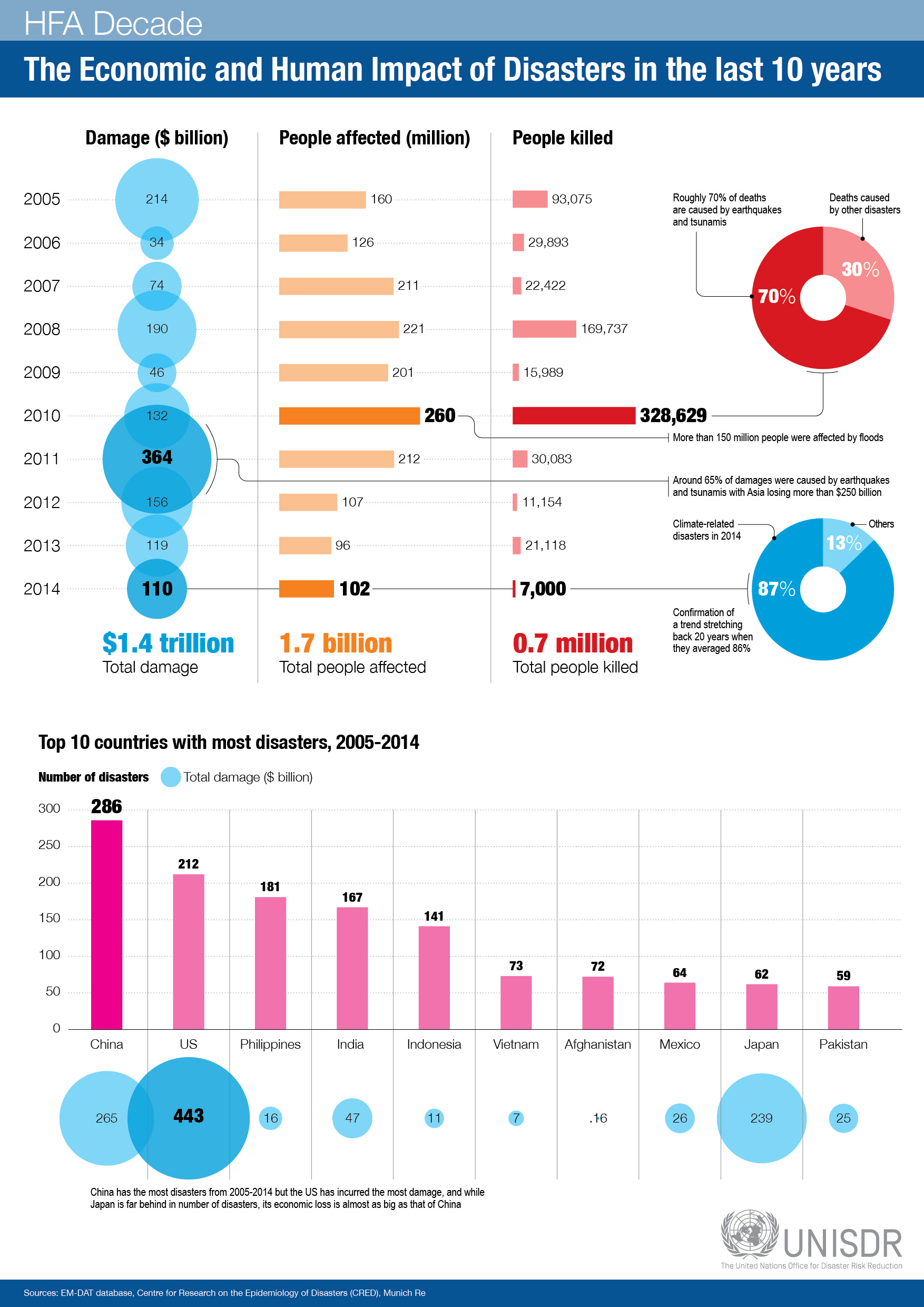 THE MAIN DRIVERS OF RISK

THE WORLD CONFERENCE AND THE HFA2

UNISDR was established in December 1999 by the UN General Assembly as the secretariat tasked with ensuring the implementation of the International Strategy for Disaster Risk Reduction. It is also the focal point in the UN system for the coordination of disaster risk reduction and the implementation of the international blueprint for disaster risk reduction – the Hyogo Framework for Action 2005-2015: Building the Resilience of Nations and Communities to Disasters – which was adopted just weeks after the 2004 Indian Ocean Tsunami. UNISDR also works to ensure synergies among the disaster reduction activities of the United Nations system and regional organizations, and between activities in the socio-economic and humanitarian fields.
More information is available at: //www.wcdrr.org and http://www.unisdr.org/
You can also follow @unisdr on Twitter and Instagram, or visit us on Facebook