Community-based DRR: are we setting the bar too high?
By Jonathan Stone 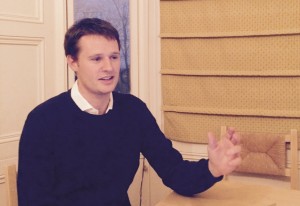 I have had the fortune of being able to study an incredible example of community-based disaster risk reduction (DRR), on the slopes of a very dangerous volcano in Ecuador. Volcán Tungurahua, or ‘Throat of Fire’ in English, is a serious threat to the lives and livelihoods of over 30,000 who live close by, and many more further away. Fifteen years ago a network of volunteers was established following a volcanic crisis. They are called the vigías in Spanish or ‘watchmen/lookout’ in English and they fulfill many roles, including citizen-scientists, an early warning network, risk communicators, DRR advocates, DRR managers, and risk assessors. Over the years the network has helped to save lives and build a resilient community, adapting to changing activity at the volcano, and has made necessary adjustments in response to changes in national risk management strategies.

We wanted to know how or why has this network lasted? What has sustained it? How has it led to risk reduction? We were able to see that the network is successful because it:

Several years ago, when starting to research participatory DRR, I was struck by the scarcity of successful examples in the academic literature. This gaping hole stood out against the backdrop of international DRR strategies calling for increased participation, advocating changes from ‘top-down’ to ‘bottom-up’, and extolling the virtues of community-based assessment, monitoring and management of disaster risk.

I started to think that actually it might have been because of the ways in which we evaluate their effectiveness, and therefore describe them, are not quite fit for purpose. If you dive into the academic literature on participation in DRR or international development (DRR’s bigger sibling), many scholars suggest that community-based approaches should be evaluated on how they:

These principles are ideals, and we should all strive for them. But should we use them to evaluate initiatives? Should we expect all participatory initiatives be empowering for everyone in a community? Will they all rebalance power from scientists or risk managers or the authorities? Should they all change policy? Can they all be sustainable? Do they need to do all of these things to reduce disaster risk? It does make me wonder, are we in danger of not recognising success because we set the bar too high?

Are we missing the point? In the real world, no participatory initiative is going to be perfect, but in a pragmatic sense shouldn’t we be asking:

Looking at some of the published rationales for participation, a DRR focus on how it leads to better outcomes or enhances learning, is perhaps how we might better notice success.

If we reframe the problem in this way, perhaps we change our language from phrases like ‘top down/bottom up’ to describing participation as involvement in the process. Primarily considering risk reduction allows us to still understand empowerment and policy change, but might make it easier for us to recognise success.

I think that many more initiatives, like the vigías network, need to be described, so that we can learn from their successes and their failures.

Being critical is good in some cases, but DRR is difficult, and we need to find and describe any examples of where it is being done so that we can get better at it. This is particularly important for participatory DRR – so let’s not set the bar too high and miss out on recognising success.

Read more about the vigías

Jonathan Stone is a PhD researcher at the School of Environmental Sciences, University of East Anglia, working in volcanology and disaster risk reduction.  His research focuses on the interactions between citizens, scientists and authorities around volcanoes, examining the effects of participation on these relationships. Although his background is in Geology, with an MSc in the Science of Natural Hazards, Jonathan went on to study for an MRes in Environmental Social Sciences before doing a PhD funded by the Economic and Social Research Council and the British Geological Survey. He tweets @jonathanstone10