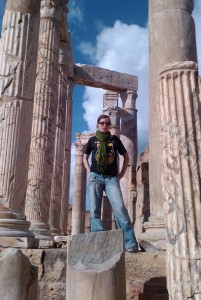 When disaster struck Haiti in 2010 it wasn’t the earthquake that killed 220,000 people. They were killed by buildings too poorly constructed to survive the known earthquake risk collapsing on them. Before the earthquake Haiti had one of the densest NGO presences in the world, according to UN special envoy for Haiti, Bill Clinton. Yet, none of this international attention made the country physically resilient to the known risk of earthquakes. This needs to change.

The earthquake highlights the need to bring physical disaster risk reduction into mainstream development thinking. Evaluating the physical risk of natural disasters and taking steps to mitigate them should be central to NGO projects. International charities are good at essential humanitarian relief in the immediate aftermath of disasters, but without expertise and funding for long-term building reconstruction, disasters in countries like Haiti will be repeated.

Since the aftermath of the earthquake, Article 25 has been on the ground in Haiti. Initially our architects and engineers evaluated several school sites to see if they could be rebuilt safely. Many could not. Some were located on the sides of valleys, leaving them vulnerable to landslides when the next earthquake inevitably hits. Where appropriate, we have partnered with local and international NGOs to develop water and sanitation systems and rebuild schools. These buildings are earthquake resistant and climate appropriate. By using local contractors and builders and overseeing the development, the construction projects have become a tool to empower people to build back safely.

Although upskilling locals and transferring knowledge is vital, the high demand for building materials and need to import means that prices are wildly volatile and shortages are frequent. The challenges countries face coming back from a disaster are immense; when Article 25’s MD Robin Cross bought a newspaper in Haiti, the front page headline was about an imminent cement boat docking in the port – a symbol of the country’s resource poverty and reliance on outside assistance. Consequently training local workers does not obviate the need for international funding, especially as high prices mean the poorest members of a community are least likely to build back safely

A total of 3,978 schools were reduced to rubble or rendered otherwise unusable by the catastrophic earthquake, according to the UN. Had they been built better, lives would have been saved; children’s education would not have been disrupted, and the money going into rebuilding the schools could be spent elsewhere. Each euro invested in disaster risk reduction projects saves between four and seven euros in disaster response. Given the well-established developmental impact of education, we call for safe, disaster resistant school design to become an integral part of all education programmes.

Olivia Dawson works at Article 25, a charity that provides the skills and knowledge needed to make safe and appropriate building projects possible. Her interests include cycling and cave exploration.