Georgia’s expectations from the WCDRR
By Zviad Katsashvili 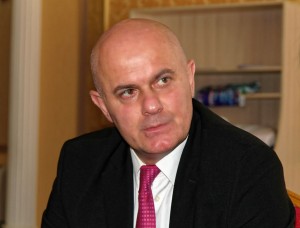 On the eve of the Third UN World Conference on Disaster Risk Reduction in Sendai, Japan, what Georgia is expecting? First of all, we hope that the delegates at the WCDRR will take into account the suggestions made by the countries of Central Asia and the Caucasus in the consultation process on the post-2015 framework for disaster risk reduction, which culminated with the Regional Ministerial Meeting that took place in Bishkek, Kyrgyzstan in January 2015.

In the adopted Joint Regional Statement, the representatives of eight countries expressed their support for the post-2015 framework, and confirmed their commitment to the promotion of a coordinated and mutually-supporting approach to its implementation with the sustainable development goals and the climate change agreements.

We also expressed our commitments to develop, assess, and monitor regional and national programs of disaster risk reduction in accordance with the new framework.

It should be admitted that now there is an urgent need to identify factors of disaster risk as a basis of secure well-being, social, economic and environmental resilience. This should receive highest level of attention at the World Conference in Sendai.

In Georgia we have established an expert advisory board under our agency. It serves as the national coordination mechanism in the areas of preparedness and emergency management.

There is no doubt that the new framework to be adopted in Sendai will provide further guidance and suggestions to governments and non-governmental actors alike, on how they can, together, reduce disaster risks through multi-stakeholder and multi-sectoral mechanisms.

In conclusion I want to express my hope that WCDRR results will help strengthen close collaboration between countries through new solutions on disaster risk reduction. I am confident that the new framework from WCDRR will become a significant step forward in identifying practical and effective measures for disaster risk reduction at all levels.

Zviad Katsashvili is Director of the Emergency Management Department of the Ministry of Internal Affairs, Georgia