Reducing the impact of natural disasters
By Carmen van Heese 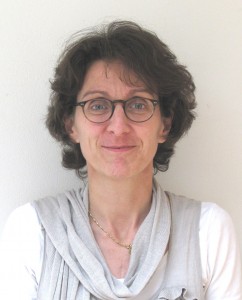 I’ll never forgot the chilling stories Sri Lankan teachers told me about children running to the beaches on the morning of 26th December 2004 to watch the sea water drawing out, disappearing from the beaches. It was the start of the tsunami that claimed hundreds of thousands of lives in the region and these children were walking into their own deaths. With all the deaths and all the devastation in front of me, I started reflecting on the question ‘what could we have all done to prepare for this?’

The tsunami made humanitarian organizations look at their operations differently. We know natural disasters occur all the time, and with increasing frequency, and we know something like the Asia tsunami can happen again. We also know we have to be ready and not just wait for things to go wrong – that’s a moral obligation. That why it’s heartening to see international focus shifting towards Sendai, Japan for a conference about disaster risk reduction.

The road to Sendai: protecting the most vulnerable

We can’t prevent disasters from happening, but we can reduce their impacts. This is why I believe disaster risk reduction work is critical and the UN Global Conference on Disaster Risk Reduction, starting this Saturday, is an important moment to take stock of successes and bring a wide range of people together to reflect on what more needs to be done to avoid future suffering.

The impact of disaster risk reduction efforts in Sri Lanka could have meant saving the lives of those school children who ran to the beaches to see the strange sight of the ocean disappearing from their coast line. If they were taught in geography classes about tsunamis, and were told about the need to run to higher ground if the ocean began to draw out, those young lives would have been saved. That’s being prepared for disaster.

Here in Thailand, my colleagues recently met a remarkable woman, Ampai Madsaron, who helped save her village from the same tsunami. “I was on the hillside above the house when the sea rushed out and I saw the wave coming,” she said. “I had seen a Japanese documentary about tsunamis on TV, so I knew straight away what was happening. Some of my neighbours just stood there staring at the wave, but I shouted at them to run up the hill.”

Everyone in Ampai’s village survived, partly thanks to her warning, but it was a close thing. “I was at home eating noodles with my little brother and looking out to sea,” her son Tanya remembered. “When the tsunami came, I didn’t even realise it was a wave. It looked like a big cloud. But I heard my mother shouting at me to run away. Then I was very scared. I picked up my brother and ran up the hill.”

Children are among the hardest hit by natural disasters. During my 12 years working in Asia I’ve seen the devastation caused by typhoons in the Philippines, cyclones in Myanmar and floods in Pakistan. Each time it’s the poorest, most vulnerable groups that are most affected and a large proportion of those are children.

Supporting communities to be prepared

UNICEF works with governments and partners to develop ways to better prepare and protect at-risk children and their communities from potential disasters. I visited towns and villages across the Sri Lankan coast line shortly after the tsunami and nearly everything was flattened. Schools, hospitals and houses were torn apart and the only buildings left standing had reinforced structures, such as places of worship. There was a clear lesson there for everyone.

The safe schools initiative, with UNESCO and NGO partners, helps build schools able to withstand natural disasters to protect children, develops lessons about potential disasters and stages drills to teach children, teachers and community leaders about how to react during, for example, an earthquake.

Our work in water, sanitation and hygiene is also working to better prepare communities. In Kiribati, for instance, UNICEF is working to protect underground water supplies from being contaminated by rising sea water.

Much of the disaster risk reduction efforts are about being prepared and being well informed. With the right information, people are empowered to know what to do and can ultimately help save their own lives.

In Ampai’s village, people are much better prepared if there is ever another tsunami. “There’s a siren in the municipal office. You can even hear it out at sea,” she said. “We’ve done several emergency drills and have all our important documents ready in case we need to flee.”

Children are also key players in finding ways to be prepared. That’s why UNICEF invests in working with children, helping them participate in disaster risk reduction activities such as planning for evacuations. Children are tomorrow’s change makers and if we educate them now to be more aware of hazards, we reduce their vulnerability and can help ensure they pass down what they have learned to future generations.

Sendai is a marker for the great efforts made so far in protecting communities and children throughout the world. Ninety per cent of the world’s natural disasters happen in the Asia-Pacific region, so it’s highly important governments, agencies, civil society and the affected, including children, continue working together to strengthen efforts to ensure communities are protected and prepared.

But our work on preparedness doesn’t stop in Sendai, it’s part of an ongoing process. The climate change conference in Paris later this year and the 2016 development summit are also important opportunities to promote disaster preparedness and strengthen the way countries work on it.

Each life lost in the region due to the tsunami was one life too many. Disaster risk reduction should be a priority for countries throughout the world to ensure that when things go wrong communities are able to respond, and that the most vulnerable are protected. If we invest the right way, we’ll have fewer painful stories like those children looking out to sea minutes before a tsunami swept their lives away.