Climate Change and Cyclones: A Search for Adaptation
By Sandra Ivanov 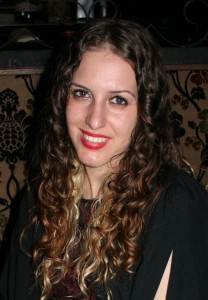 Climate change is the pivotal challenge of the 21st Century and it will continue to test development efforts to reduce poverty, prevent diseases, provide food security and access to safe water, and recover from disasters. One of the on-going challenges is the rise in sea levels, and the accompanying future frequency and intensity of extreme weather events, which will have consequences on natural and human systems. To confront climate change, efforts to adapt must be pursued to ensure preparation for uncertain events.

In recent decades, the temperature of sea surfaces has increased in tropical ocean basins between 0.25 – 0.5 degrees Celsius, well accepted by scholars that it has been caused by the increase of greenhouse gas concentrations. The thermal expansion of water has brought about rising sea levels, on which extreme weather events occur – such as tropical cyclones. Cyclones are the most destructive weather events to affect areas in the tropics, creating unpredictable waves and storm surges, damaging coastal islands and the lives of communities. Over the last 20 years, the number of casualties caused by weather-related disasters in the Pacific region rose by 21 per cent.

The linking of tropical cyclone activities to warming sea temperatures, and the subsequent rise of water has been a recent area of research in climate science. Globally, it is predicted that an increase in warming will lead to greater intensity of cyclones and storms over time, with intensity increasing between 2 to 11 per cent by 2100. Cyclone intensity can create stronger wind conditions, can change the way in which wave’s impact coasts, and bring about greater levels of rainfall – increased precipitation can affect the rate of flooding in cyclone-prone areas. Understanding cyclone behaviour and how rising sea levels influence intensity and rainfall will be critical to building on methods for adaptation and resilience of communities.

Evidence has shown that the number of category 4 and 5 storms has nearly doubled in the past 30 years in six prominent tropical cyclone basins, most of which are from the North Pacific region. However, even though global estimates reveal tropical cyclones will intensify overall, cyclone figures may vary for the South Pacific. Different climate models have demonstrated that a warmer South Pacific region could decrease the numbers of tropical cyclones occurring. One reason for this is said to be because a tropical atmosphere is more stable in a warmer world, making it difficult for tropical cyclones to develop. Even though cyclones may decrease in this region, the rise in sea levels can change wave activities, contributing to coastal damage. Research has found that the global average sea rise will be lower in areas such as Tuvalu, Kiribati, the Cook Islands and Solomon Islands, whereas it will be larger than the global average around Vanuatu, Fiji, and New Caledonia.

Climate change impacts on sea level rise and tropical cyclones have, and will continue to have adverse effects on populations around the world. The structure of reef and low-lying islands could change substantially, putting pressure on shorelines if hit by strong waves. It also risks salt water intrusion into aquifers, and atolls such as those which form Kiribati, are already facing contamination of fresh water. Agriculture and subsistence farming in the Pacific Islands will also be affected by tropical cyclone rainfall and sea level rise, producing unpredictable periods of droughts and floods, altering income flows into communities. For example, in Palau, the rise in sea levels have encroached crop soils, making it difficult to grow certain foods for consumption. Small island states situate their economic hubs on coasts, threatening many industries if disaster risk reduction and effective early-warning systems are not developed. In the future, the aftermath of tropical cyclones may force populations to migrate out of their urban areas, or even out of their countries altogether.

A challenge for the development sector is to shift disaster risk reduction techniques into models for climate change adaptation. Adaptation means allowing environmental and social systems to respond to climate situations, and adjusting to the impacts. The ability to adapt to climate change will depend on information sharing; resilient infrastructure; improved health care and social resources; education; financial resources; and technological capabilities. Adaptation requires joint understanding on the circumstances within communities; individual and institutional capacity-building; community preparedness; cyclone hazard education; and national response planning. Action must continue to occur from the top-down technical field, as well as the bottom-up community level – only with joint efforts can climate change be managed. Improving population vulnerability and fostering the ability to cope with change is the way forward for sustainable development.

Sandra Ivanov has a postgraduate education in Peace and Conflict Studies from New Zealand. She is a freelance writer for blogs and not-for-profits, writing on topics which vary from disaster risk reduction and climate change adaptation, to counter-terrorism and peacebuilding approaches. Twitter: @SandraIvanov