The impact of disasters on the marginalised, impoverished and disadvantaged
By Jason von Meding 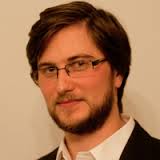 Thousands of participants are now descending on Sendai for the 3rd World Conference on Disaster Risk Reduction (WCDRR), hosted by the Japanese Government, this weekend. At the conference, stakeholders will formalise the post-2015 framework for disaster risk reduction and hundreds of events and sessions will present a vision for the world in which less people are vulnerable to the negative impacts of hazards.

As we consider the achievements of the past decade under the Hyogo Framework for Action (HFA), we must avoid being sucked into a technocratic mindset. Undoubtedly, the knowledge-base in many disciplines has exploded with scholarly DRR material. Countless disaster-related problems have been solved through the dedication of government, humanitarian, community and private sector actors. Many of the solutions have been born of human intellect, and this is great.

However, as we shape the DRR vision for the next ten years, let us not forget that global economic, social and political systems assign power, wealth and resources to the few at the expense of the many. In 2014, Oxfam reported that 85 richest people in the world now have equal wealth to the poorest half of humanity. In this context, our attempts to reduce disaster risk and build resilient societies (at least the human dimension) are at best fanciful, if growing global inequality is ignored.

So, should we become cynical and view international governmental platforms, meetings and negotiations as disingenuous grandstanding sessions, allowing participants to be seen to ‘do something’ about disaster risk, but ultimately serving the interests of the powerful?

Dr. James Gilligan refers to the estimated 10 million deaths per year that occur due to poverty as, “the equivalent of an ongoing, unending, in fact accelerating, thermonuclear war, or genocide, perpetuated on the weak and poor every year of every decade, throughout the world.”

Those most vulnerable to disaster impacts are those marginalised, impoverished and disadvantaged. A global economic system addicted to growth at all costs does not factor in human misery. People become mere statistics. Beings with complex needs, abilities and interests become ‘resources’ to be used and abused. Why is there so little opposition to what Joseph Conrad called “the merry dance of death and trade.“

At WCDRR, there will be time to recognise amazing achievements to date. There will be time to spread contagious, visionary thinking, as part of a post-2015 agenda. I look forward to engaging with individuals of diverse background, opinion and worldview.

I hope that we will all take the time to consider how our ‘best laid schemes’ for DRR can indeed succeed in the long term against a pervasive backdrop of inequality, violence, poverty and injustice. How can we best address not only the symptoms, but the cause?

Dr Jason von Meding is Head of Discipline (Construction Management) at the University of Newcastle, Australia and Coordinator of CIB W120 – Disasters and the Built Environment