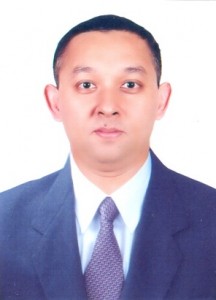 Application of science and technology has an important role in every stage of disaster risk reduction (DRR). From mapping to monitoring and assessment, science and technology would play a key role in effective dissemination of warning information in a way understandable to decision makers as well as the general masses as a whole.

The post-2015 framework for DRR needs to stress more on the application of science and technology in multidisciplinary areas that addresses the concerns of multi-hazard risk reduction in Asia and the Pacific. Integration of science and technology in areas such as climate risk management and climate change adaptation should be given priority as these areas are directly linked to DRR.

While over the period of time, considerable improvements have been met in DRR but realizing the importance of technology interventions is somewhat still being undertaken at a slow pace. Therefore, creation of networks that involves bringing together countries within a consortium to make them aware about the importance of science and technology in DRR should be made the key focus. This should then enable the countries and their leading DRR agencies to gather information, share each other’s knowledge and help access real time data related to various aspects of natural disasters. At the same time enhancing individual countries disaster management programs and policies in a manner that should not only benefit the respective country but also the region as a whole.

Therefore the post-2015 framework of DRR should focus more on effective integration of science and technology, regional cooperation, country to country cooperation and sharing of information among the countries thereby paving the way for more research and development activities.

Dr. Rishiraj Dutta is presently working as a Technical Officer at the Asian Disaster Preparedness Center which is a regional organization specialized in the field of DRR in the South and Southeast Asia. His work mostly focus on climate change and climate risk management and he has been actively involved in implementing various assignments in South and Southeast Asia. He has a PhD in Applied Geoinformation from the Faculty of Geoinformation Science and Earth Observation, University of Twente, The Netherlands. His twitter handle is @rrdutta1.