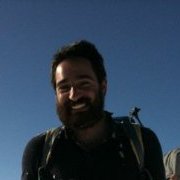 Anyone who works in the development sector, anyone  involved in international politics or trade, anyone concerned about the state of our planet will know about “Sendai”. It’s more than a mid-sized city in Japan, it’s also shorthand for the third global conference on Disaster Risk Reduction, which starts there this weekend.

Some 10,000 delegates from the world over will converge on the Forest City to elaborate a “post 2015 framework on disaster risk reduction”.  Their speeches, breakfast meetings, plenary sessions, breakout groups, side events and resolutions will be peppered with specialist phrases such as “Hyogo framework”, “pre-zero draft”, “the economic case”, and “the future of resilience”.

But what does it all mean, and what has it got to do with migration?

Our understanding of disasters has moved on a lot in the last decades. Instead of talking about natural disasters, experts now recognize that reducing vulnerability to all manner of shocks – natural or otherwise – is the way forward.

Natural hazards such as floods and earthquakes only cause deaths and losses when they hit unprotected people and assets. That people are living in vulnerable conditions in hazard-prone areas, in turn, is a consequence of how and where money is invested, how ecosystems are used, how the well-being of all is promoted. Hence, reducing disaster risk means confronting development patterns and choices at the global and local levels.

Migration hits the headlines when boats full of desperate people wash ashore in Europe, when Central Americans scale border fences to get into the USA, when Central Asian migrants get stranded in Indonesia or Ukraine.  But it shouldn’t be looked at as merely a last-resort strategy for desperate people. Migration is a way for people to pursue well-being and build resilience. And it’s not only about taking – migrants contribute to resilience in their host communities as well as to their economies.

We need to look behind the freeze-frame of the migrant caught, very literally, in the spotlight.  Behind that shadow on a Mediterranean shore, that migrant asphyxiated in the false bottom of a truck, that protester in a Pacific detention centre are stories of people building resilience.

Too often we think of migrants as people who are fleeing war and persecution, droughts and famine, or struggling to survive to worsening environmental conditions. Or who are left with little choice but to move out of places where poverty, food insecurity or lack of livelihood opportunities are the everyday reality.

Today’s migrants are among the best and the brightest back home, the ones families and communities entrust with their hopes for a better future.  The resources they send back help build stronger houses, improve access to health and education, invest in more sustainable livelihoods, cope with everyday shocks and recover from disasters. The knowledge and practices they bring back can promote social and cultural change that makes home communities environmentally and socially more sustainable.

However, way too often migrants move, first to the towns, then to the cities, then again to bigger cities or across borders, only to face social, political and economic boundaries and barriers, which push them to raggedy urban edges never fully unravelling but getting looser and more dangerous as they spread out. Nonetheless, they keep moving –  over 700 million inside countries, almost 250 million across borders. One in seven of us: migrants.

And here we live. Around us increasingly mobile and diverse societies, torn apart by widespread inequalities, poverty, exclusion and marginalization, and threatened by an environment we are making more dangerous with every passing day. But our world can be more vibrant and vital, better connected and better able to communicate and cooperate by the presence of migrants – if only the conditions are in place for their movements to happen in manners that are safe and humane, and more conducive to resilience.

This is why Sendai and its modalities of cooperation, its frameworks of action are important to the International Organization for Migration. The world’s population is moving faster, in greater numbers than ever before and this trend shows no sign of slowing down.  People are on a journey – that journey should lead to safety, security and resilience for those on the move, as well as for communities of origin and destination.

That’s Disaster Risk Reduction, and that is why IOM is at Sendai.

Lorenzo Guadagno is a disaster risk reduction, livelihoods and urbanization expert at the International Organization for Migration. He works at the theoretical, operational and policy levels to better frame IOM’s efforts on migration, displacement and DRR, building on the experience of IOM’s field offices and on existing scientific research.