Systems integration of human, ecological systems and economics in taking action on disasters, development and climate change
By Peter Head 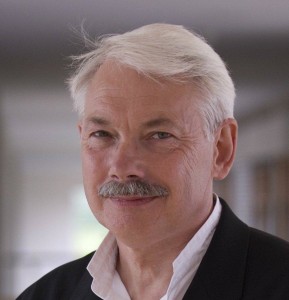 As we move towards international agreements on Disaster Risk Reduction, Sustainable Development Goals and Climate Change many people in Sendai have said to me that the real issue is whether we will seize the opportunity on the ground and what will change to enable this to happen? The Royal Society Report on building resilience to extreme weather presented today in Sendai looks at policy and the role that science can play in putting evidence at the heart of policy and local decision making.

It shows that because of urbanization, vulnerability to disaster risk (particularly drought, heatwaves and flooding) will increase dramatically in emerging economies and so decision making , risk management and investment in city region adaptation in these countries will be critical. A feature of this report and other sessions this week has been the importance of ecosystems as an integral part of successful hybrid adaptation approaches , as they can achieve protection at lower cost and yield additional support benefits of clean water, climate mitigation, cooling, biodiversity and food supply.

So urgent action needs urgent capacity building and understanding of the integration of human, ecological systems and economics in project design, in finance and insurance and the development of open-source tools that can be used by communities locally. The potential game changer is that for the first time we can combine earth observation data, crowd sourced data, systems modeling, visualisations (seen all over Sendai), economics which puts human well-being at the heart ,all supported by computing fire power in the cloud. This was examined in detail in another report just launched under my curation on more effective investment in city regions and rapid progress is being made in building and testing such a platform in China, Africa, Mongolia and Europe.

Peter Head is a civil and structural engineer who has become a recognised world leader in major bridges, advanced composite technology and in sustainable development in cities and regions. In 2008 he was named by the newspaper The Guardian as one of 50 people that could ‘save the planet’.  He was cited by Time magazine in 2008 as one of 30 global eco-heroes and has been one of CNN’s Principle Voices. In April 2011 he set up The Ecological Sequestration Trust, a charity which has brought together the world’s top scientists, engineers , economists, financiers, health, ecology and other specialists to create a GIS platform to enable regions all over the world to plan, design and implement inclusive resilient growth using low carbon urban-rural development approaches which are energy, water and food secure.