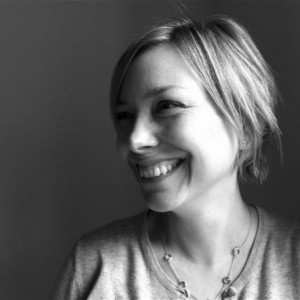 According to a report by AON, in the last ten years climate change caused an average of US$211 billion of economic losses globally, with 258 disasters in 2014 alone.

Not an insignificant cost. But this data is old news for business. Many leading companies now recognise the importance of mitigating climate risks within their own business – and are advocating for more businesses to do the same.

Last year, Lloyd’s of London, the world’s oldest insurance company, stressed the importance of including climate change in insurance policies, as natural disasters are becoming more frequent, and the huge economic losses can no longer be considered as once-in-a-lifetime events.

Most multi-national companies are facing catastrophic events that directly impact their operations or disrupt their supply chains.

There is also growing evidence that companies who proactively address climate change have higher profitability and returns to shareholders than those peers that don’t take climate-related action.

A report by CDP analysed S&P 500 global companies that include climate change actions in their business plans, comparing them to companies that do not disclose data about their environmental actions.

The findings highlighted that climate leaders had an 18% higher return on equity (ROE) than those taking less action to tackle climate change and a 67% higher ROE than companies that didn’t report climate action at all. All factors that made them more attractive to investors.

Working with business leaders that are taking a proactive approach to climate action is at the heart of The Climate Group’s strategy. Together with CDP and We Mean Business, we launched a campaign focused on business and renewable energy, the RE100. At least 100 of the world’s most influential companies will commit to go 100% renewable. Sixteen companies, including IKEA, Swiss Re, Nestlé and H&M are already on board, being aware of the fact that tackling climate change is a good business decision.

During an event at the World Future Energy Summit in Abu Dhabi, Steve Howard, Chief Sustainability Officer at the IKEA Group said that it made business sense to invest in renewables to reduce risks deriving from climate change. “We took a 9 million dollar hit to our business after Hurricane Sandy”, he stated. “Climate change is a real business risk‎. That, fundamentally, is why ‎we decided to go for a full 100% cover of our energy production from renewables.”

We hope that the Sendai conference will provide countries with a framework that can support a joint collaboration between private and public sector. This is a battle that can only be won with a collective effort.

Emily Farnworth is Campaign Director at RE100 and co-founder of Counter Culture. She has worked with leading businesses, governments and NGOs to help them take advantage of the opportunities created by becoming more sustainable.