Why should we invest in children? Passive victims or agents of change?
By Jessica Cooke 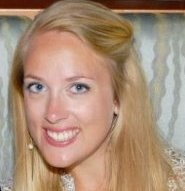 Including children in future international DRR policies and plans is crucial. They have the right to protection but most importantly they have the ability to create change from the bottom up. Educating children in disaster preparedness is a crucial part of sustainable development planning, after all children are the adults of tomorrow and investing in them is investing in the future.

To date, children have largely been overlooked in DRR policies, plans and practices. Children are indeed a vulnerable group and need to be considered as such, however they can also be vital contributors to DRR and the post-15 DRR framework needs to prioritise children as a vulnerable group but also as a group that has a lot to offer.

The DRR community actively acknowledges the vulnerabilities of children; their age and dependency on others is something that cannot be overcome. Not only are they vulnerable before and during disasters, their vulnerability continues post-disaster by children being at risk of exploitation, trafficking, abuse and prostitution. Furthermore, children’s education is interrupted and often discrimination against girls is prevalent as they are taken out of school to help with family work.   However, with appropriate policies and plans in place before disasters, these vulnerabilities post-disaster can be reduced.

In the case of the recent super-typhoon Haiyan that struck the Philippines in 2013, 6 million children were affected; their lives uprooted, education interrupted, homes destroyed, family members missing or killed. These children were subject to a disaster that many of us cannot imagine; yet for many the trauma was accentuated by a lack of child protection post-disaster. Some of these children had to partake in prostitution or were subject to abuse from family members. They also expressed that they were frightened of being in the evacuation centres as men were often abusive to them. Some of these children were in these centres for months without a safe area to play or get washed. The lack of a child protection during disaster policy in the Philippines was exposed during this disaster. Children should be prioritised before disasters strike and there should be policies in place that allow children to feel safe post-disaster. This includes safe places to play, temporary education spaces, and safe places for girls to wash and change. Haiyan provided the Philippines with the chance to change this and they have since initiated a House Bill 5062 / the “Children’s Emergency Relief and Protection Act” which priorities child protection during emergencies.

Although children are particularly vulnerable post-disaster, they are also able to contribute before a disaster occurs. This is where the post-15 DRR framework needs to realize the potential and capacity of children. Children need to be encouraged to partake in DRR activities; children are imaginative, creative, intelligent and have access to social networking, all of which need to be capitalized on to improve DRR activities.

Education is a natural way for children to learn about disasters and be involved in disaster preparedness; DRR should be integrated into primary and secondary curricula to incorporate disaster information into children’s everyday life. It encourages critical thinking, problem solving and raises awareness of natural hazards, related risks and potential responses and children are better able to respond to and prepare for disasters if they have the knowledge needed to understand weather forecasts and warning messages. Furthermore there is a correlation between education and disaster preparedness. Disaster education should go beyond the school boundary; by educating children in what disasters are, how to prepare and how to reduce the potential risks, their perception of disaster can change. Children are able to think more about the future as they don’t have the daily difficulties that many adults face. Therefore, they are better placed to change community risk perception. Children are excellent communicators and by educating children in school, the impacts can be felt around the entire community.

The Children’s Charter is an excellent tool created by children for children. The Charter was informed by ideas sourced from over 600 children in 21 developing countries and aims to raise awareness of the need for a child-centred DRR approach, helping governments, donors and agencies protect children throughout the disaster cycle. This Charter should be used in WCDRR discussions as an advocacy tool for governments to support and implement the priorities, especially as the ideas originated from children.

Safe School initiatives are becoming more widespread, demonstrating the need to protect and educate children in disaster preparedness. The positive outcomes of these initiatives need to be better publicised and circulated around the DRR community to show the positive impacts they have on raising children’s adaptive capacity to disasters. If the three pillars of comprehensive school safety were integrated into the post-15 DRR framework, the global community would have a clear approach to increasing children’s resilience.

Jessica Cooke recently graduated with a first-class Master’s in Disasters, Adaptation and Development from King’s College, London. She has since worked with Save the Children in the UK, the Philippines – studying Haiyan, and Bangladesh – working on a Safe Schools project. Jessica joined the Asian Disaster Preparedness Center in February in the Safer Development Planning and Implementation department, working on a Safe Schools project.