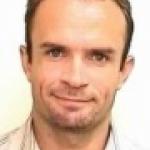 “What would it take to reduce disaster risk in your country by 50 percent by 2030?” This question was posed to a gathering of small island developing states leaders and representatives during the Understanding Risk forum in London in 2014.

At the time, it probably seemed like an overwhelming question. Around US$650 million in international financing is currently available annually to build resilience in small states. However, for many countries, reducing their disaster risk by 50 percent is an attainable goal.

Exploring the answer can help a country chart a course toward a more resilient future.

And more resilience is needed. Recent research from the International Monetary Fund (IMF) reveals that for small island states in the Caribbean, both storms and floods have a negative effect on growth and result in significant increases in debt levels. Pacific island states are similarly vulnerable: Vanuatu and Tonga have the Pacific’s highest estimated annual average disaster losses from cyclones, earthquakes and tsunami relative to GDP, equaling 6.6 and 4.4 percent, respectively. Whereas larger countries are shown in the IMF research to recover from disasters, small states are often not as resilient. This is the case even after factoring in official development assistance and debt relief. Additional research indicates that countries in cyclone-prone areas like the Caribbean, Indian, and Pacific Oceans, have a significantly lower long-term rate of growth.

Given these realities, the question of reducing disaster risk is an imperative for small states.

What does “reducing disaster risk by 50 percent by 2030” entail?

The journey to this destination will differ for each country. However, for all countries, it will require a combination of three elements:

How do countries begin this journey to resilience?

To start addressing the challenge of reducing risk by 50 percent (or any other appropriate percentage), the Ministry of Finance should first establish a baseline understanding of the country’s current disaster risk.

Data and information, such as the country’s annual average losses due to disasters, can be helpful in indicating the size of the challenge. To fully understand the complexities and develop detailed solutions, others have important roles, including the ministry responsible for public works and other technical line ministries. During the 2014 UR Forum in London, many tools and techniques were showcased that can help governments quantify and understand a country’s risk in detail.

Overall, the journey to reducing disaster risk by 50 percent by 2030 will require a country to cultivate the ability to measure and actively monitor its disaster risk. It will also demand that the country develop the capacity to directly tie its risk management policies and investments to their effect on annual losses.

Having a vision for a resilient future is important

To successfully secure financial and technical support, small states must be able to demonstrate to donors the potential for a measurable impact, not just show the challenge ahead.

A country that demonstrates the vision, courage and leadership to seek a quantitative change toward a more resilient future will be well positioned to attract substantial financial and technical support to reduce its disaster risks.

During the 2014 UR Forum, the more than 50 country representatives that participated in the Small Island Developing States sessions were leaders with instrumental roles in building resilience in their home countries. Leaders from these countries also held a discussion on Enhancing Resilience in Small Island States at the World Conference on Disaster Risk Reduction this week in Sendai, Japan.

For these leaders and their countries, the question “What would it take to reduce disaster risk by 50 percent by 2030” is not an insurmountable challenge but rather the starting point to resilient development and a safer future.

Niels Holm-Nielsen is Regional Coordinator for Disaster Risk Management in Latin America and the Caribbean for the World Bank. Niels joined the Latin America group as a Disaster Risk Managementspecialist in 2008 from MENA. He has in the past couple of years led the Disaster Risk Management program in Colombia and the Caribbean, leading the preparation and Board approval of several DRM Investment operations, Emergency Recovery Operations, and a Cat DDO, in addition to a large portfolio of grant funded projects. In MENA he worked on water management, climateadaptation, and disaster risk management operations in Iran, Jordan and Yemen. Before joining the World Bank he worked for the Inter-American Development Bank (IADB) for five years, where he helped create the corporate policy on disaster risk management, and briefly for the United Nations Economic Commission for Latin America and the Caribbean in Santiago, Chile.