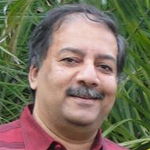 I have a number of reflections drawn from the last three decades of disaster reduction work inspired by the Asian catastrophes, whose decadal anniversaries we have recently commemorated, on the fifteen minimum standards we need to set for ourselves to achieve what we need in the coming decade and a half:

Let us not be constrained by the HFA 2, should it not contain some of these action points. Let us continue to pursue them by patient, determined efforts community by community, district by district, province by province , nation by nation in a persistent people led, people centred movement for resilience

Loy Rego is Technical Advisor, Resilience and the SDGs, Researcher and Learning Practitioner, at the MARS Practitioners Network. MARS stands for Mainstreaming Adaptation, Resilience and Sustainability into development and daily life.  Loy has a 34-year career in multi hazard disaster preparedness, risk reduction and resilience building, climate change adaptation, sustainable development, poverty eradication and occupational/public safety. He has been based in Yangon since October 2013 where he works as an independent DRR Practitioner, consulting with UNISDR, ADPC, Malteser International, OXFAM, UNESCO/IOC, SDC and Peace Winds Japan. He serves as Volunteer Technical Advisor (TA) to Myanmar Red Cross Society and the Asia Pacific Partnership of National Apex Bodies on Sustainable Development, TA Group Member of Red Cross Global Disaster Preparedness Center, and member of DRR Working Group of Myanmar and the UNOCHA convened IASC Working group to revise the Inter Agency Contingency Plan for Myanmar. In New York from 2011 to 2013 he served as volunteer/ advisor to the Global Call for Action against Poverty (GCAP) on MDG-SDG linkages in the post 2015 development agenda, and a member of the Beyond 2015 GCAP UN Working Group in their advocacy with the Open Working Group on the SDGs, the HLP on Post 2015 and the UNGA. During this time he undertook consultancies as facilitator of the first UNISDR online dialogue on the post 2015 DRR Framework (Aug 2012 to Jan 2013), co-author of the Mayors handbook developed by the UNISDR Resilient cities campaign and did a lesson learning review and evaluation commissioned by UNDP on the Global Risk Identification Program (GRIP). He supported the Government of Sri Lanka in organising a side event at the Rio+20 conference of 2012 that launched the “AP Partnership of National Apex Bodies to accelerate implementation of National Sustainable Development Strategies”. Mr. Rego worked from 1996 to 2011 at the Asian Disaster Preparedness Centre (ADPC), most recently as its Deputy Executive Director and as head of secretariat of the Regional Consultative Committee for DRR(comprising NDMOs of 26 Asian countries) from 2000 to 2010.