We leave Sendai with a new global deal on disaster risk, but does it go far enough?
By Emily Wilkinson 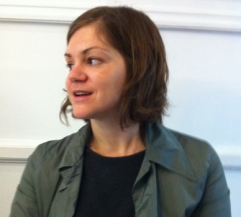 No one going into the Sendai negotiations was in any doubt that there would be sticking points. But on the final day of the World Conference on Disaster Risk Reduction, having stayed up all night, delegates were still at loggerheads on three major issues. Whether ‘conflict’ should be considered a driver of risk; the demand for ‘technology transfer’ from rich to poor countries; and international finance to reduce disaster risk. There were moments when it seemed like the whole agreement could fall apart.

This edge-of-the-seat stuff was not trailed by commentators ahead of the conference. Until recently, Disaster Risk Reduction (DRR) was considered a fringe issue left to emergency mangers and aid workers. The last conference in Hyogo ten years ago attracted little attention from government ministers. This time, the Japanese Prime Minister, UN Secretary General and over 25 other heads of state showed up.

Attendees hoped for something aspirational, freed from the constraints of legally binding agreements – unlike the Paris climate deal due later this year, where countries will sign commitments on reducing their greenhouse gas emissions. Yet the final text lacked teeth, mirroring the horse trading and compromise that characterises climate change negotiations.

Before the conference began, my colleagues and I at the Overseas Development Institute identified a number of success factors for Sendai. The actual outcomes give cause for both celebration and concern.

First the good news: We got a deal! This was no mean feat given the many points of contention and slow progress on agreeing principles and actions. Significantly, the agreement includes a set of seven global targets for reducing disaster risk, paving the way for more concerted efforts to measure progress.

Another upside was that delegates broadly accepted that particular types of governance arrangements are needed to incentivise risk management. Countries agreed to refer to “weak institutional arrangements” as risk drivers and saw the need to strengthen ‘disaster risk governance’ to manage risk. This is important as a guiding principle. It recognises the political nature of reducing risk, which requires greater transparency, accountability and the participation of stakeholders at all levels.

One major drawback is that the targets are a bit vague. One target talks about ‘substantially’ reducing numbers affected by disaster – but what does ‘affected’ mean? How much is substantial? And shouldn’t we explicitly mention the most vulnerable? Another target refers to the number of disaster risk reduction strategies. This means little as most countries already have a plan – the problem is the quality of these plans and the lack of public investment to back them up. This target could have gone a lot further on the mandatory inclusion of risk assessments in national and local planning processes.

Another disappointment was the lack of coherence with other global deals in 2015. References to the Sustainable Development Goals (SDGs) and the climate change agreement were removed from all sections on implementation, leaving the final text with few links to the post-2015 agenda. This reflected an obvious desire on the part of the G20 to not commit too much too soon and set any precedents.

Unfortunately, conflict was not mentioned anywhere in the agreement. Its inclusion was always going to cause tension, particularly because the draft text coupled it with ‘foreign occupation situations’. Disasters and conflict are often correlated, so the notable absence of conflict (in the text) was clearly more political than technical.

Too much emphasis was placed on international finance over domestic resources. Such discussions were also highly politicised. The G77 Group of developing countries called for ‘additional’ and ‘predictable’ resources to reduce disaster impacts, while G20 countries tried to avoid language around ‘responsibility’. The result was insufficient attention on improving national capacity to mobilise resources.

The need to transfer technology from rich to poor countries appeared as a major stumbling block threatening to put the whole agreement at risk. Some countries felt that such a statement could undermine Intellectual Property (IP) regimes and called for a caveat that technology transfer should be ‘mutually agreed’. Thankfully, good sense prevailed. Delegates agreed that IP issues were sufficiently covered in other fora and the critical issue of technology transfer was not watered down.

Ultimately, how the Sendai framework is implemented over the next 15 years is more important that the text itself.

The challenge is to maintain the political momentum generated at Sendai. Strong language on enhancing international cooperation and technological transfer will now have to be followed up, including at the Financing for Development conference in Addis Ababa this July. Hard work also needs to start on developing a detailed set of indicators and support is needed to help countries collect data and measure progress. The final verdict on Sendai? Ask me again in 2030.

Emily Wilkinson is a Research Fellow in the Climate and Environment Programme at the Overseas Development Institute. She has worked for 15+ years in the analysis of collective responses to environmental hazards and leads research on disaster risk governance for the Strengthening Resilience in Volcanic Areas (STREVA) project. Emily is Head of Research for the DFID-funded Building Resilience and Adaptation to Climate Extremes and Disasters Programme (BRACED) and Technical Advisor to the Climate and Development Knowledge Network (CDKN) on disaster risk management.