Will the UN’s disaster risk framework withstand a changing climate?
By Camilla Born 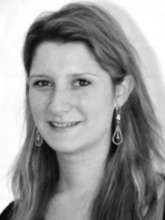 Reducing disaster risk is probably something to write home about – right? Not according to the limited coverage of last week’s Sendai based UN negotiations of the second Hyogo framework for disaster risk reduction (DRR) it’s not. Despite the heartfelt plea from Vanuatu’s President as Cyclone Pam hit his homeland, the international agreement failed to make the headlines. While an updated and improved framework for action on disaster risk reduction was agreed, this lack of attention begs the question: are we ready for an increasing number of disasters from a changing climate?

What does the second Hyogo framework for action say about climate change?

Practitioners, community organisations, DRR/ humanitarian professionals, multilateral organisations and parliamentarians were all for facing the realities of climate risk last week but government negotiators became tangled in the messy web of climate politics. In UN climate negotiations the principle of ‘common but differentiated responsibility’ (CBDR) places more responsibility on the shoulders of developed countries which began polluting first, but under Hyogo no such principle exists. Developing countries fearful of accepting greater responsibility for addressing climate change without international support kicked discussions on climate change firmly back to the UNFCCC.

The second Hyogo framework does acknowledge climate change as a challenge. It also recognises that addressing climate change under the UNFCCC is one way for improving disaster risk reduction. Where it falls short is in how to operationalise disaster risk reduction in the context of a changing climate. As the climate changes and the number of disasters increase, the tools for preventing disasters will need to evolve. Even if a pathway to fulfilling the 2C obligation is locked down at the UN climate negotiations in Paris this December, we’ll need greater capacity for disaster risk reduction to cope with even this level of warming. When the framework expires 15 years from now, the world will be a very different place; but this agreement could fool you otherwise. It hints at a more challenging future but does not tackle it head on.

As negotiations got underway in Sendai, Cyclone Pam engulfed the clutch of Pacific Islands known as Vanuatu. Their President who was attending the negotiations stumbled over his words as he called on the international community for support. The storm, one of the most intense ever seen in the Pacific, wiped out all development gains made in recent years, he said.

A call to action was promptly placed by OCHA, and support was pledged from Australia, New Zealand, the UK, France and the EU. Aid agencies began boarding flights and a reported 100+ NGOs arrived in the archipelago, bringing supplies and manpower to deal with the clear-up.

A national disaster rarely stays national for long; the international community reliably intervene and offer support. But as the warming climate multiplies the number of weather-related disasters hitting the planet, can we sustain this type of response? In Sendai last week this question went unanswered.

Business as usual doesn’t exist anymore – even at the UN

The science is clear; the planet has warmed by 0.8C and is set to continue. What we know for certain is – there is no business as usual. The international community needs to start wising up to inevitable change. Our assumptions in development, humanitarian response and volumes of support needed to cope are shifting. Understanding what responses are needed is challenging. But at present no one is responsible for informing these choices.

Pushing climate discussions back to the UNFCCC may have quelled troublesome politics in disaster discussions but we can’t ignore the fact that the planet hasn’t stopped warming. The UN system remains underinformed of the consequences. To date the UNFCCC has provided an anchor to mitigation discussions for limiting climate change but sidelined discussions on adapting to the changing climate.

On the fringes of last week’s disaster talks delegates were heard questioning whether negotiations would have been different if they had been held after the Paris climate talks. If this were to be the case Paris would need to succeed in creating a regime that better articulates the implications of the warming climate. Not only that, it will have to hold the power to prompt reform across the international community.

Camilla Born is Senior Researcher in Climate Diplomacy at the London office of E3G, an independent, non-profit organisation operating in the public interest to accelerate the global transition to sustainable development. E3G’s Climate Diplomacy programme focuses on how to construct high leverage political interventions which can shape an ambitious outcome in 2015 and beyond. Camilla has been developing and testing political economy analysis in key emitting countries and working with the climate diplomacy team to translate this into political scenarios for the global deal in 2015. The climate diplomacy teams works closely with governments and civil society to provide political strategy and global risk analysis to their international climate objectives, to become more effective and deliberate in delivering an ambitious international outcome. Since early 2011 she has worked for the UK Youth Climate Coalition (UKYCC) on a number of projects locally, nationally and internationally. This post was first published by e3g.org.