Why are insurers and the private sector heading in such large numbers to Sendai?
By Rowan Douglas 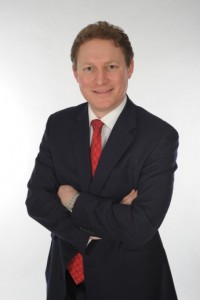 Several thousand participants, from UN Member States to global corporations and science leaders, will head to Sendai, Japan for the third world conference on Disaster Risk Reduction. But what role does the private sector and the insurance industry have to play?

After key meetings and consultations throughout 2014, the new global agreement on reducing disaster risk to succeed the current Hyogo Framework for Action is set to expand and deepen the role of the private sector and the insurance industry in ensuring the resilience of populations and assets to natural disasters. In particular, this year’s conference has dedicated sessions to emphasise the role of insurance systems to underpin the fundamental resilience of nations and communities to growing risks.

On day 2 of the conference, the CEO of global risk advisor, insurance and reinsurance broker Willis Group, Dominic Casserley, will be giving the keynote speech at the WCDRR Session on Disaster Risk in the Financial System.

There are many lessons to be learnt from the insurance industry. With unprecedented financial losses in the 1980s driven largely by natural catastrophe events, and Hurricane Andrew in 1992, there were a number of insolvencies in Europe, North America and elsewhere across the re/insurance industry. Structural confidence in the global risk-sharing mechanism of insurance was in disarray. But over the last quarter of a century, the insurance sector, with its science and public policy partners, has firmly established a tried and tested operational system for rationally allocating capital in relation to disaster risks, even at extreme probabilities. It has further developed conditions and standards of behaviour for its customers to reduce risk to the system and to encourage, and sometimes enforce, resilience as a requirement of access to the contingent capital that an insurance policy represents.

Integrating climate and disaster risk into the wider financial system presents the opportunity to help save millions of lives and livelihoods in the coming decades and to protect billions in assets and property in a cost-effective and rational way when weighed against competing priorities. This is why the importance of the 1-in-100 initiative and the R!SE initiative are key movements gaining momentum in this regard. Both are geared to drive awareness and engagement around financial regulation, resilience standards and investment, and increasing access to natural disaster insurance, an area of huge underinsurance.

Rowan Douglas leads the Capital, Science and Policy Practice at Willis Group. The Practice confronts large scale challenges of risk, resilience and sustainable growth at global and local scales through public, private and mutual mechanisms. Mr Douglas is also Chairman of the Willis Research Network, which he founded in 2006. The WRN has grown to become the world’s largest collaboration between public science and the finance sector. Previously he served as Chief Executive Officer, Global Analytics of Willis Re and then across Willis Group. Rowan has two public appointments in the UK serving on the Prime Minister’s Council for Science and Technology and also the Natural Environment Research Council. More widely he chairs the United Nations International Strategy for Disaster Reduction Private and Financial Sector Working Group preparing the second UN Hyogo Framework for Action Agreement in 2015.