The Sendai Roadmap: how to make it a risk-informed journey for all
By Kelly Hawrylyshyn 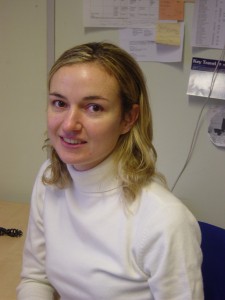 The importance of this Framework is huge: during the last decade, disasters have affected more than 1.5 billion people and caused $1.3 trillion in losses and damages.

And this is increasingly affecting the lives of more and more vulnerable people, their income generating activities, their protection and their well-being.

But the road to Sendai is proving to be a bumpy one. Despite the efforts to gather the views and priorities of different regions, a plethora of interest groups and governments from the south and north, major road-blocks towards an HFA2 agreement that is fit for purpose and satisfies all stakeholders include:

Addressing Root Cause of Vulnerability

HFA2 must be people centred. People – specifically, the poorest and most at-risk – must be at the heart of the post 2015 DRR agenda. This calls for an HFA2 which features better understanding and acknowledging the particular rights and needs of women, girls, boys, people with disability, the elderly and ethnic minorities in DRR work– as well as promoting their contribution as agents for resilience building.

This is in line with the UNISDR’s Step Up for DRR Campaign and the extensive evidence gathered during this decade that effective DRR requires a rights based and inclusive approach – given that social, political, economic factors make disasters’ impact discriminate against the most vulnerable. The statistics back this up – in the last decade (2000-2010), Least Developed Countries, who total 12% of the global population, accounted for 40% of all disaster-related casualties.

In addition, key DRR achievements this past decade (such as improvements in EWS and evacuation in Bangladesh, Mozambique and the Philippines’ Typhoon Ruby response) highlight the role of a broader, whole-of-government approach to resilience building. From DRR champion mayors to sectoral integration of DRR in education and broader sustainable development planning and processes, promoting greater action towards participatory and inclusive disaster risk governance must be a key priority for HFA2.

Over the last 20 years, a total of $70billion has been spent on humanitarian responses (NB: this figure is limited to disasters caused by natural hazards). Yet despite the colossal amount of Official Development Assistance provided during the same period, a mere $13.4billion (only 0.004%) has been allocated to disaster preparedness/DRR. And DRR funding remains a contentious issue under the HFA2 negotiations.

This, despite the basic common sense that a stitch in time saves nine – backed up by many DRR Cost-Benefit evidence studies by the World Bank, DFID, INGOs and academics. In these times of austerity, donors and governments are wise to invest in DRR and re-commit to the aim of ensuring at least 10% of humanitarian funding is spent on DRR.

Funding for DRR must be one of the top priorities for agreement at the third International Conference on Financing for Development being held in Ethiopia this July.

Agreeing on targets and accountability mechanisms

Learning from the HFA monitoring report and the peer review process, HFA2 needs to ensure that targets set at global level can be measurable and are used to inform local DRR action.

It is also necessary to continue to support (via technology transfer and financially) countries at-risk to set-up and strengthen disaster-relevant data collection mechanisms – ensuring these are capturing sex and age disaggregated data, and qualitative and well as quantitative data.

Given the gloomy projections that disasters are set to escalate and affect us all more and more in the near future – be it wild-fires in Australia, floods in the UK or epidemics like Ebola in Sierra Leone, Guinea and Liberia – HFA2 signatory member states need to set aside their differences and act now to ensure that the post-2015 DRR framework is fit for purpose and safeguards the wellbeing of future generations.

Unless all stakeholders agree to address the above road-blocks, the HFA2 Sendai road-map will not lead to resilient people nor a resilient planet.

Kelly Hawrylyshyn is Disaster Risk Reduction and Resilience Advisor at Plan UK and one of the founding members of the Children in the Changing Climate coalition.