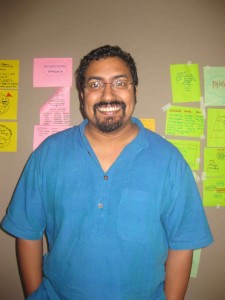 I was very pleased to see the call to, “enhance recovery schemes to provide psychosocial support and mental health services for all people in need,” recognized in 13 March 2015 draft of the “Post-2015 Framework for Disaster Risk Reduction” published in advance of the Third World Conference on Disaster Risk Reduction. It is regrettable that field of Mental Health and Psychosocial Support (MHPSS) in Emergencies has been slow to engage with the growing global policy consensus around DRR as embodied by the Hyogo Framework for Action and its soon-to-be-finalised successor. Even at this late stage in the process, it is important to note the synergies that exist between the current dominant frameworks for DRR and MHPSS.

The obvious reference point for the Post 2015 Framework for DRR in relation to MHPSS would be the 2007 IASC Guidelines on Mental Health and Psychosocial Support in Emergency Settings, which outline the current global humanitarian consensus on best practice for disaster response. The guidelines outline a wide spectrum of interventions to support individuals, families and communities affected by humanitarian emergencies, and provided guidance for how these should be organized. Most importantly, they go beyond those services more ‘traditionally’ associated with MHPSS, like counselling or recovery-oriented play, to detail actions in areas of post-disaster response such as shelter, education, food and information that can all impact strongly on psychosocial wellbeing and mental health. This more ‘integrated’ perspective is echoed in the latest Sphere Handbook (2011), and invoked in local advocacy efforts around MHPSS policy.

The current draft of the Post-2015 Framework for DRR risks limiting the scope of MHPSS activity only to provision of (explicitly MHPSS-oriented) services after disasters— rather than acknowledge the need (and scope) for protection, promotion and recovery of mental health and psychosocial wellbeing across the DRR cycle.  Whilst the 2007 IASC MHPSS guidelines do focus primarily on the response phase of the DRR cycle, they also contain both explicit and implicit guidance in relation to what should be done for preparedness and mitigation or during the post-disaster recovery, rehabilitation and reconstruction phase. The guidelines reflect what is acknowledged in the field of MHPSS about the important role that pre-existing personal, social and structural vulnerabilities have on mental health and psychosocial outcomes after crisis events. Similarly, they call for actions to address such factors (whether pre-existing, induced by the emergency or even caused by humanitarian response) during the recovery phase.  It would be a shame indeed if the Post-2015 Framework for DRR did not connect its emphasis on prevention, mitigation and ‘building back better’ with a similar impulse from within the field of MHPSS.

To this end, I would wish that the language of paragraph 31 (o) of the current draft be revised to recognize the need at a national level to “provide services and support to enable the psychosocial recovery of disaster-affected persons, and also undertake measures to protect and promote their mental health and psychosocial resilience in advance of a crisis event.” Whilst there is considerable work to be done to integrate the knowledge and practices of the field of MHPSS with wider DRR activities across a number of other sectors, the benefits of doing so make this a very exciting prospect indeed.

Ananda Galappatti is a medical anthropologist and MHPSS practitioner based in Sri Lanka. He is the Director of Strategy at The Good Practice Group and a co-founder of the online platform mhpss.net and the journal Intervention. He is an Ashoka Fellow and received a 2008 Ramon Magsaysay Award for his work in the field of MHPSS intervention in emergencies.