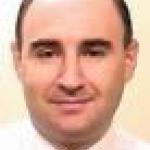 As the people of Vanuatu begin the painstaking task of assessing the damage to their homes, businesses, and their communities in the wake of Cyclone Pam, another assessment is underway behind the scenes.

Given the intensity of the category 5 storm and the reports of severe damage, the World Bank Group is now exploring the possibility of a rapid insurance payout to the Government of Vanuatu under the Pacific Catastrophe Risk Assessment and Financing Initiative (PCRAFI).

The Pacific catastrophe risk insurance pilot stands as an example of what’s available to protect countries against disaster risks. The innovative risk-pooling pilot determines payouts based on a rapid estimate of loss sustained through the use of a risk model.

The World Bank Group acts as an intermediary between Pacific Island countries and a group of reinsurance companies – Mitsui Sumitomo Insurance, Sompo Japan Insurance, Tokio Marine and Nichido Fire Insurance and Swiss Re. Under the program, Pacific Island countries – such as Vanuatu, the Cook Island, Marshall Islands, Samoa and Tonga – were able to gain access to aggregate risk insurance coverage of $43 million for the third (2014-2015) season of the pilot.
Japan, the World Bank Group, and the Secretariat of the Pacific Community (SPC) partnered with the Pacific Island nations to launch the pilot in 2013. Tonga was the first country to benefit from the payout in January 2014, receiving an immediate payment of US $1.27 million towards recovery from Cyclone Ian. The category 5 cyclone hit the island of Ha’apai, one of the most populated of Tonga’s 150 islands, causing $50 million in damages and losses (11 percent of the country’s GDP) and affected nearly 6,000 people.

Globally, direct financial losses from natural disasters are steadily increasing, having reached an average of $165 billion per year over the last 10 years, outstripping the amount of official development assistance almost every year. Increasing exposure from economic growth, and urbanization—as well as a changing climate—are driving costs even further upward. In such situations, governments often ﬁnd themselves faced with pressure to draw funding away from basic public services, or to divert funds from development programs.

The World Bank Group and other partners have been working together successfully on innovative efforts to scale up disaster risk finance. One important priority is harnessing the knowledge, expertise and capital of the private sector. Such partnerships in disaster risk assessment and financing can encourage the use of catastrophe models for the public good, stimulating investment in risk reduction and new risk-sharing arrangements in developing countries.

The Caribbean Catastrophe Risk Insurance Facility (CCRIF) is another good example of the benefits of pooled insurance schemes, and served as the model for the Pacific pilot. Launched in 2007, this first-ever multi-country risk pool today operates with sixteen participating countries, providing members with aggregate insurance coverage of over $600 million with 8 payments made over the last 8 years totaling of US$32 million. As a parametric sovereign risk transfer facility, it provides member countries with immediate liquidity following disasters.

We also know that better solutions for disaster risk management are powered by the innovation that results when engineers, sector specialists, and financial experts come together to work as a team. The close collaboration of experts in the World Bank Group has led to the rapid growth of the disaster risk finance field, which complements prevention and risk reduction.

Drawing on more than 15 years of experience, the World Bank Group and the Global Facility for Disaster Reduction and Recovery (GFDRR) are partnering with governments, private sector actors, and regional entities in more than 60 countries to establish the buffers that help countries manage these financial shocks more efficiently. As a result of those efforts, Panama became the first country in the world to adopt a comprehensive strategic framework for disaster risk financing by law in 2014. The framework is forging a nationwide consensus to pursue evidence-driven disaster risk reduction, improve budget planning and invest in disaster risk management.

Working Together on the Way Forward

Strengthening financial resilience against natural disasters is a part of the international conversation on resilience this week as governments, development agencies, civil society organizations, private sector representatives, and other stakeholders in the disaster risk management arena come together at the World Conference on Disaster Risk Reduction (WCDRR) in Sendai, Japan. WCDRR will launch a new international framework — a successor to the Hyogo Framework for Action (2005-2015) which aims to guide the implementation of disaster risk management efforts worldwide and to spur other critical upcoming discussions on the topic.

Developing sustainable and cost-effective financial protection strategies requires further strengthening of such collaborative efforts between the different actors involved. Working together, we can devise the right tools and instruments to build financial resilience across all levels of society.

Olivier Mahul is the Program Manager of the World Bank’s Disaster Risk Financing and Insurance Program, which is co-sponsored by the World Bank, the Global Facility for Disaster Reduction and Recovery (GFDRR), the Swiss State Secretariat for Economic Affairs (SECO), the Ministry of Finance of Japan, and the Ministry of Foreign Affairs of the Netherlands. This program mainstreams disaster risk financing and insurance within the disaster risk management and climate change adaptation agenda in developing countries. Since he joined the World Bank in 2003, Olivier has been involved in developing disaster risk financing and insurance solutions in more than 40 countries including Colombia, Costa Rica, Vietnam, Indonesia, Mongolia, India, Mexico, etc. Olivier was closely involved in the product development of the World Bank CAT DDO, a contingent credit line that provides immediate liquidity to World Bank member countries in the aftermath of natural disasters. The CAT DDO has been approved for several countries, including Colombia, Costa Rica and the Philippines. Olivier is one of the key architects of the Caribbean Catastrophe Risk Insurance Facility, which provides the Caribbean island states with parametric insurance against major natural disasters. He is currently co-leading the Pacific Catastrophe Risk Assessment and Financing Initiative, which offers the Pacific island countries risk assessment and modeling tools to guide their disaster risk management decisions and their disaster risk financing strategies. Olivier is one of the program designers of the Mongolia Index-based Livestock Insurance Program, an index-based livestock mortality insurance program against extreme weather events. Olivier also provides the Government of India with advisory services on the reform of the India’s National Agricultural Insurance Scheme, the world’s largest crop insurance program in terms of farmers insured. Olivier holds a Ph.D. in Economics from Toulouse School of Economics and post-doctorates from Wharton Business School and University of California at Berkeley. Olivier has authored more than 40 publications in international journals and won several academic awards. He recently co-authored two books: “Catastrophe Risk Financing in Developing Countries: Principles for Public Intervention” (with J. David Cummins) and “Government Support to Agricultural Insurance: Challenges and Options for Developing Countries” (with Charles Stutley).