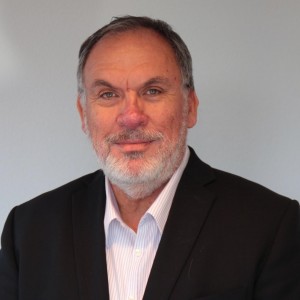 A report by the Internal Displacement Monitoring Centre reveals an increased risk of global displacement caused by disasters, and calls for a stronger link between displacement and disaster risk reduction. If this link was better understood and addressed within policy frameworks, millions of people could be saved from having to flee their homes and losing their livelihoods. 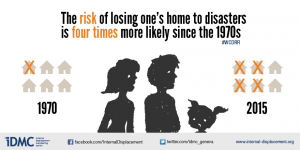 The report, “Disaster-related displacement risk: Measuring the risk and addressing its drivers”, coincided with the 3rd UN World Conference on Disaster Risk Reduction (WCDRR) in Sendai, Japan, where governments adopted a global plan to reduce disaster risk and build upon the Hyogo Framework for Action (HFA) 2005-2015.

Every year disasters newly displace an average of 27 million people. Furthermore, the number of mega-events that displace more than three million people has been increasing. These mega-events are responsible for the overall increase in displacement risk.

For sudden-onset hazards, the estimated risk will be highest in both absolute terms and when population size is accounted for in South-east Asia (including China) with South Asia second.

The primary driver of increased exposure since the 1970s has been rapid, unplanned development in hazard-prone areas. This rapid urbanisation concentrates large numbers of vulnerable people in dangerous locations. Not surprisingly most of the 20 countries with the highest levels of per capita displacement risk have experienced the fastest urban growth in the last decade including China, the Philippines, and Niger.

In order to establish a stronger link between displacement and disaster risk reduction, the main drivers of displacement must be understood better.

The report outlines the main drivers of disaster-related displacement risk as: 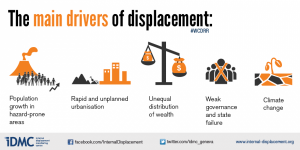 Due to the combination of these drivers more people are at risk of being displaced than ever before.

Given the magnitude of the problems that are in front of us, one policy alone will not solve everything. It is vital for policy makers to address the five main drivers of disaster-related displacement simultaneously.

Although climate change may not be responsible for significant displacement in the present, it could escalate displacement risk in the future by increasing the frequency and severity of extreme weather events, and through numerous indirect ways. Climate change can affect food security via agricultural and fisheries production and changes in global food prices and the sustainability of island tourism.

Disasters must no longer be perceived as ‘natural’ events, but instead as something in which humans can exert influence, prevent and prepare for. Zamudio added that, “now more than ever is the time for governments to adopt national and global plans to address these main drivers of displacement.”

For the first time in history we know that certain disasters can be avoided and where they are most likely to strike. This knowledge needs to be translated into action, as soon as possible—and we all have a role to play.

The report concluded that most measures taken to reduce disaster risk – such as the adoption and enforcement of land use plans and stronger building codes, diversifying and strengthening the livelihoods of the rural and urban poor – will also reduce displacement risk. If displacement was addressed within disaster risk reduction and climate change agreement plans millions of people could be saved from having to flee their homes and losing their livelihoods.

Alfredo Zamudio is Director of the Internal Displacement Monitoring Centre, while Shervin Tadi is its Communications Officer. A full copy of the report is available here. This post was first published on http://www.internal-displacement.org.