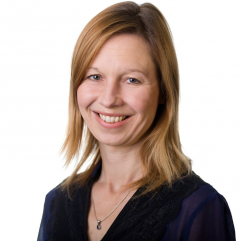 International agreements – whatever subject they address – are never going to make everyone happy. The same is true for the new global disaster risk reduction plan, adopted after a 40-hour negotiating session in Japan last week.

The Sendai framework is built to last for the next 15 years, and as the first of three major deals due to be struck this year on sustainable development and climate change, it attracted a high level of political interest – certainly more than usual for the theme.

As the talks went down to the wire, there was relief a compromise was reached on tricky issues like targets, finance and climate change. And afterwards, some said the political jostling could be a positive signal that disaster risk reduction is finally getting the attention it deserves.

But some aid agencies, which work with those most vulnerable to disasters, said the new framework had been weakened by the maneuvering, and were especially disappointed it did not contain a concrete goal to boost funding for developing countries to strengthen their disaster prevention and response.

Here are 10 things worth knowing about what’s in the final agreement, and what got left out:

1. Targets: The Sendai framework – unlike its predecessor – includes seven targets intended to drive forward progress on protecting people and assets from extreme weather and other natural and manmade hazards.

These are to “substantially reduce” the numbers of people killed and affected by disasters, as well as damage to infrastructure and services like health and education, and to decrease economic losses – all by 2030.

The others are to increase the number of countries with national and local disaster risk reduction strategies by 2020, enhance international cooperation for developing countries by 2030, and boost access to early warning systems and disaster risk information for the public by 2030.

These targets proved controversial because some countries had wanted them to include specific percentage goals. While those disappeared, timeframes for lowering losses were retained for deaths and the number of affected people. Experts were also pleased that a working group will now be set up to develop indicators to measure progress on the targets – something they argue is sorely needed.

2. Finance: It was never thought likely that rich nations would be lining up in Sendai to make major new funding announcements for disaster risk reduction measures in developing countries, nor that the new framework would include percentage targets for finance.

But those who had called for more money were disappointed the final deal doesn’t even commit clearly to increasing financial aid, settling on a much vaguer target to “substantially enhance international cooperation to developing countries through adequate and sustainable support”.

Vulnerable countries had wanted to include words such as “additional” and “predictable” with regard to funding, but these were opposed by wealthy governments. Japan did pledge assistance worth $4 billion over the next four years, including training for 40,000 people, but it’s unclear where the money will come from, and how much of it will be loans and technical support in kind.

There are hopes more funds will be promised for disaster risk reduction at an international development financing summit in Ethiopia in July.

3. Climate change: Climate politics burst onto the scene in Sendai – even threatening the prospects of reaching a deal towards the end. That’s perhaps not surprising, when close to 90 percent of disasters are caused by weather and climate extremes, according to the U.N. Office for Disaster Risk Reduction (UNISDR).

But while Sendai was not the place for working out how to tackle climate change, some developing countries had wanted the disaster deal to address principles of fairness around who is responsible for causing – and thus providing compensation for – global warming, and the losses and damage from its impacts.

The framework acknowledges climate change as “one of the drivers of disaster risk” – language some governments tried to remove – and says it should be tackled across inter-governmental processes while respecting the mandate of the U.N. body that runs the separate climate change negotiations.

Importantly, it makes a link between the level of support provided to developing states, their differing capacities, and the extent to which they will be able to implement the Sendai agreement.

4. Connections with other 2015 deals: Going into the conference, development experts criticised the Sendai draft agreement for weak linkages with the U.N. climate talks, due to produce a binding pact in Paris in September, and the process for hammering out a new set of global development goals, which will come to fruition in September in New York.

Some wanted the targets for disaster risk reduction set in Sendai to be coherent with those in the Sustainable Development Goals – and the agreement proposes indicators be developed in conjunction, which could help. But critics said there is still little substantive on connecting the three processes in the final version of the text.

5. Nuclear disasters: In the wake of the Fukushima nuclear crisis in 2011, following the tsunami that hit Japan’s northeastern coast, Japanese civil society groups had pushed hard to ensure the new global plan included a reference to man-made and technological hazards, which were only a footnote in the previous Hyogo framework. The Sendai plan states that it applies to disasters caused by these hazards, as well as natural ones – a move described by a Japanese NGO coalition as “great progress”.

6. Health: There was widespread praise for the much higher profile given to health matters in the Sendai framework. The plan calls for measures to protect people’s health by reducing damage to hospitals and clinics and ensuring medical treatment continues in disasters, as well as tackling the risks of epidemics and pandemics.

This is particularly pertinent in the wake of the year-old Ebola outbreak in West Africa, which has caused huge loss of life and weakened economies, while highlighting the vulnerability of poorly developed health systems.

7. Human rights: Rights advocates had lobbied for the Sendai framework to take a strong approach to human rights, which are often violated in disasters. The final text says that managing the risk of disasters is aimed at protecting persons and their property, health, livelihoods and productive assets, as well as cultural and environmental assets, “while promoting and protecting all human rights, including the right to development”. This language was welcomed by experts.

8. Displacement: With news before Sendai that the risk of being displaced by disasters has doubled over the past four decades, hopes were high that the new framework would address the issue.

The Sendai agreement notes that 144 million people were forced from their homes over the preceding 10 years by disasters, and urges effective policies to address their situation, including the provision of safe shelter, but does not go into detail on the issue. It also calls on governments to acknowledge the role migrants can play in reducing disaster risk.

9. Women, children and the disabled: Women’s rights experts welcomed the statement in the Sendai framework that disaster risk policy and practices require a gender perspective, and that women should play a leading role in disaster prevention and response, as well as being given access to sexual and reproductive healthcare in disasters.

Another positive was the call for decision-making to be based on data that is broken down according to gender, age and disability, allowing the impact of disasters on women, children, the elderly and disabled people to be better understood.

The text also mentions that children and youth must be given the space and the means to contribute their knowledge and skills, and highlights the importance of including and consulting with vulnerable groups.

The Sendai conference was praised for being accessible to people with disabilities, more than 200 of whom participated through the use of Braille documents, sign-language interpretation and transportation for delegates in wheelchairs.

10. Animals: After two years of lobbying, World Animal Protection said the inclusion in the Sendai plan of the need to keep livestock and working animals safe in disasters is a big achievement that will enable more people to get back on their feet after a disaster strikes.

More than 1 billion of the world’s poorest people rely on animals for food, transport and their livelihoods, and addressing animal protection in the Sendai framework will help governments and communities take animals into account in disaster planning and preparation, the group said.

Megan Rowling is a journalist for the Thomson Reuters Foundation, which first published this post here. She covers the latest developments in humanitarian crises, aid, climate change, governance and women’s rights. She specialises in the impacts of climate change on developing countries, and solutions to this growing problem, including disaster risk reduction and climate finance. She has worked to develop the foundation’s reporting on climate change since the mid-2000s. She also edits articles and does web production. Before joining the foundation, Megan was a print and television journalist in Britain, France and Japan. Since the mid-1990s, she has written and reported on-screen for Reuters, the BBC, the Times, the Guardian, New Internationalist, the Daily Yomiuri and Jiji Press, among others, covering economics, business and politics. She also worked for short periods in media relations for the British Red Cross and as a translator. She has a degree in Japanese and a master’s degree in development management.