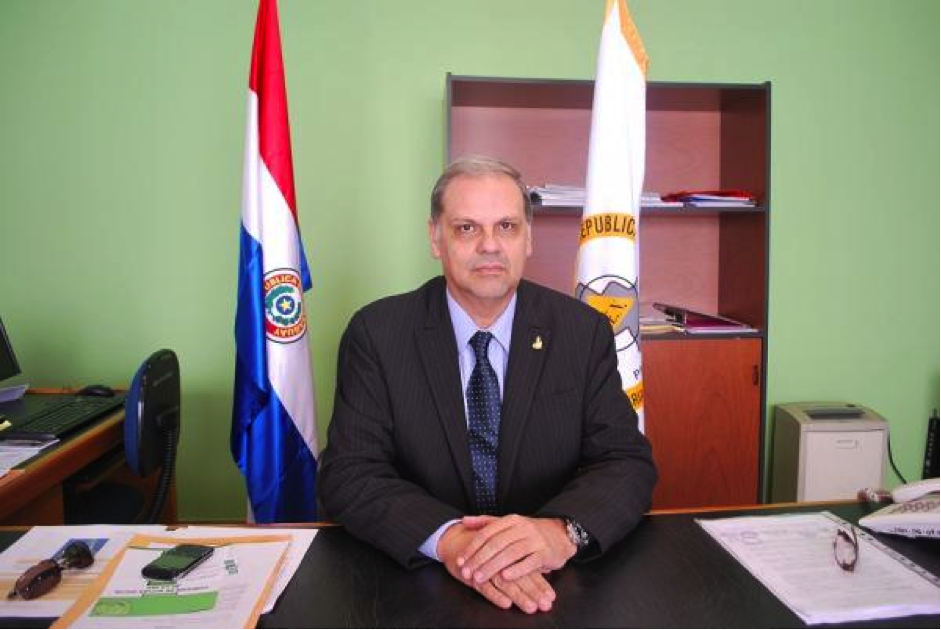 Joaquín Roa Burgos, who was named Minister of National Emergencies of his homeland, Paraguay, in 2013, is a respected disaster risk management and reduction professional with some two decades of experience in the field. Before entering office, he was among the masterminds of Paraguay’s first National Policy on Risk Management and Reduction and is now at the helm of its implementation at the heart of government.

Mr. Roa Burgos’s ministerial duties revolve around coordinating with local governments to boost disaster risk management activities, as well as prevention, preparation, response, mitigation and early recovery in relation to emergencies and disasters at the national level. That makes him a key player in Paraguay’s efforts to make itself disaster-resilient. A major driver of his work is to instil a culture of prevention, and to ensure inclusiveness and a focus on cross-cutting themes in risk management and reduction, such as gender, childhood and adolescence, older people, indigenous peoples, or neighbourhoods. Since 1999, Roa has been a member of the United Nations Disaster Assessment and Coordination (UNDAC) team. Part of the international response system for sudden-impact disasters, UNDAC aims to help the United Nations and governments to satisfy the need for rapid, solid information during the first phase of intervention, and to coordinate international relief to be received at the national level and in the location of the emergency. It can be mobilized in the field at very short notice – between 12 and 24 hours – in any part of the world. UNDAC also works to raise the response capacity for disasters both at the national and regional levels. Roa has been involved in or steered various UNDAC missions, including those to tackle the drought in Paraguay in 2000 and the floods in Bolivia in 2002, Argentina in 2003, the Dominican Republic in 2004, El Salvador in 2005, and Bolivia again in 2007. As a result, he has been an active contributor to the management and reduction of risks, not only in Paraguay, but also across the Americas region. Road has also acted as a project coordinator for the Paraguayan Red Cross, and delivered dozens of training sessions at local, national and international level.