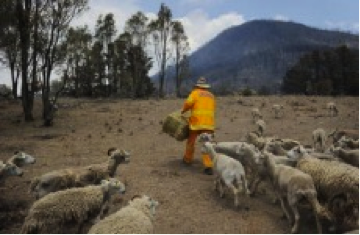 Recognising that governments alone cannot tackle the challenges of disaster management, the Australian Business Roundtable for Disaster Resilience and Safer Communities was formed in 2012 with the goal of supporting the development of a more sustainable, coordinated national approach to making communities more resilient. It brings together six of the country’s leading CEOs, from the Australian Red Cross, Insurance Australia Group, Investa Property Group, Munich Re, Optus and Westpac Group. Their aim is to influence public policy via evidence-based reporting on the unsustainable cost to life, property and the economy of natural disasters to the Australian community.

They are driven by a desire to face up to harsh new realities. Research commissioned by the Roundtable shows that if investment in mitigation efforts remains unchanged, the cost of natural disasters in Australia could rise from $6.3 billion a year currently to around $23 billion in 2050 as population density increases and the severity and frequency of storms, floods, cyclones and bushfires grow. Carefully targeted pre-disaster resilience investments of $250 million per year could meanwhile generate budget savings of $12.2 billion for all levels of government and would reduce natural disaster costs by more than 50 percent by 2050. The Roundtable has welcomed a recent recommendation by the Australian authorities that they should increase by $200 million the funding for pre-mitigation as opposed to post-disaster reconstruction. The Roundtable is also advocating the establishment of a national platform for natural disaster data and information so that householders, communities, business and government can make informed decisions about mitigating risk and impact, and is seeking the appointment of a National Resilience Advisor to deliver effective and efficient coordination of activities across all levels of government, business, communities and individuals, hand in hand with a Business and Community Advisory Group.