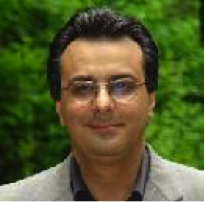 Dr. Ali Ardalan is a highly-experienced professional whose homeland, Iran, is among the most earthquake-prone countries in the world. An associate professor of disaster epidemiology, he is the founder and director of the country’s Disaster and Emergencies Health Academy. He is considered a pioneer in disaster risk management and public health, having launched the Middle East’s first graduate programmes in what is a crucial field. He has also been a key player in disaster relief efforts, including the response to the Bam earthquake in 2003, the Golestan floods of the following year, and the Zarand and Lorestan earthquakes in 2005 and 2006 respectively.

Iran’s health system is not only in the frontline of the response to disaster, but also has been seriously affected by them. Ardalan was the driving force in 2012-2025 national road map for developing health sector resilience, which puts a strong focus on the proactive role of primary health care in community preparedness. Mindful that management is impossible without measurement, in 2011 Ardalan assembled a team of experts to assess a host of disaster risk management indicators, thereby filling a major gap that had hampered moves to craft appropriate policies. Focusing on hospital and primary health safety, as well as household preparedness, the tests revealed a shortfall in preparedness. That led to new rules requiring all facilities to assess and report their safety indices annually, and has helped the authorities allocate resources in a more targeted fashion.