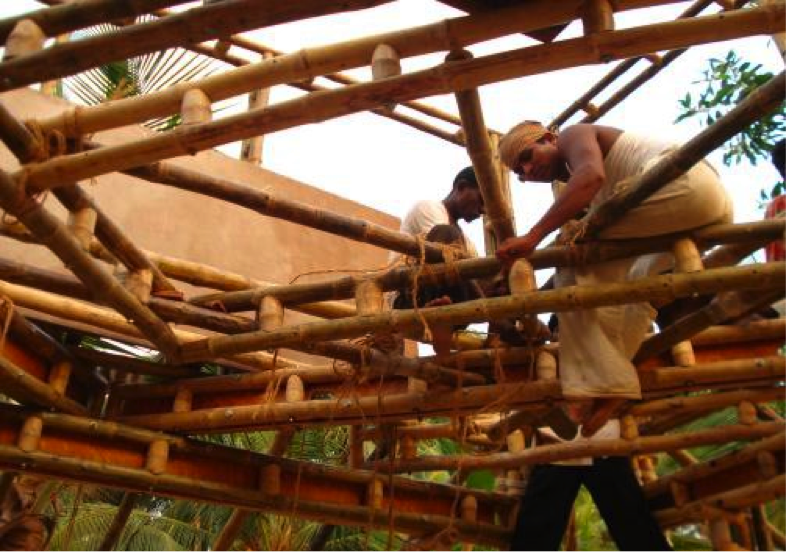 An architect and journalist by training, Gopalan Nair Shankar is the founder and chairman of the Habitat Technology Group, created in 1987 and based in the Indian state of Kerala. Over the last three decades, his group has designed and constructed hundreds of thousands of disaster-resilient buildings which have withstood major natural hazards such as the Orissa super cyclones in 1999. He has also been involved in the design and construction of tens of thousands of other buildings after crises in various parts of India and fellow South Asian countries.

His journey in the arena of rehabilitation and disaster management started with the rehabilitation of the victims of the Bhopal gas tragedy of 1984. According to Shankar, in the face of increasing exposure to climate change and natural hazards, post-disaster response becomes an opportunity and a challenge for the use of safe and local building techniques integrated with environmentally sustainable materials and renewable energy sources. He underlines that employing renewable energy and alternative technologies in post disaster reconstruction reduces the exploitation of depleting natural resources and dependence of vulnerable communities on external markets. Greening the recovery is his watchword. As chairman of National Committee of Disaster Resilient Techniques, set up by the Indian government, Shankar has also been instrumental in framing laws, guidelines and policy intervention in the area of disaster management and rehabilitation. He also serves in an advisory capacity to a number of international organisations, such as the United Nations and World Bank, as well as governments.