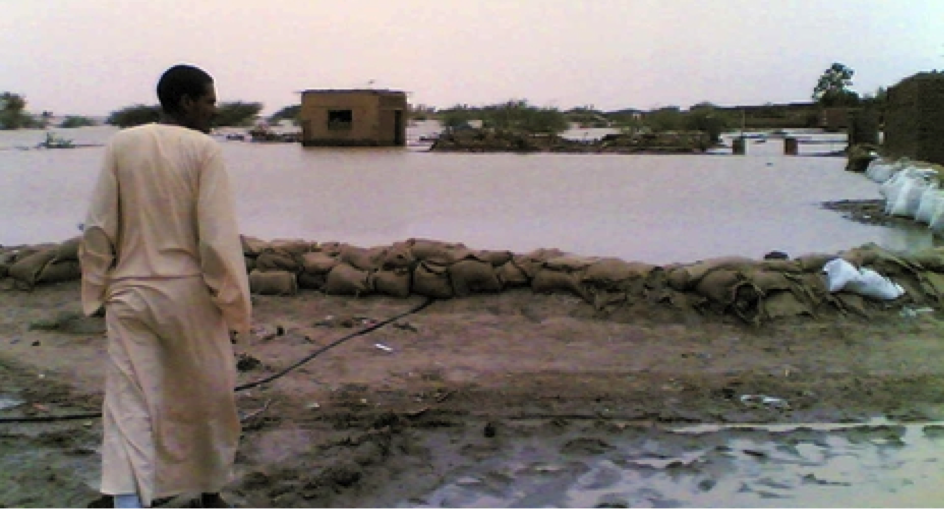 The 18,000-strong community of Tuti, a River Nile island near the Sudanese capital Khartoum, has long been highly vulnerable to floods. Its members have learned the hard way how to reduce and manage the risk posed to their lives and to the vegetable and citrus crops which are key drivers of their economy. The islanders have long been a model for dealing with the challenges faced by Sudan’s riverside populations. They successfully faced down major flood crises in 1946, 1988, 1998, 2006, 2013, and 2014 all of which were major threats at the national level and caused great casualties elsewhere in the country, but during which there were no human losses reported on Tuti. Over time, the islanders’ flood defence efforts have been boosted as heavy machinery replaces manual labour, while traditional drum beating for early warning has long given way to loudspeakers and now smartphones.

Back in 1946, the island’s elders set up the so-called Tayas, kinship-based groups of young people assigned to early warning and embankment defence duties. Their feats, which included blocking leaving dikes with their bodies until reinforcements arrived with sandbags, were commemorated in song. In 1988, the seasonally-elected Tuti flood and disaster management committees were born. They were finally folded into a broader organisation in April 2014. The grassroots Tuti anti-flood programme follows a multidisciplinary approach that hinges on well-organised community group actions. These range from early fund-raising, mobilising the population and establishing watch points, through to building up extra embankments, helping the flood stricken or those whose properties have had to be demolished for rescue or re-planning purposes, as well as feeding first-line watchers, carrying out rescue operations and responding to warnings. The risk management programme operates on a consensus basis. The islanders are also working to deal with new challenges, such as the loss of agricultural land to erosion which is being stoked by construction activities elsewhere along the Nile, the need to improve drainage to ward off rainwater flooding, and land speculation since the construction of a bridge to the island.